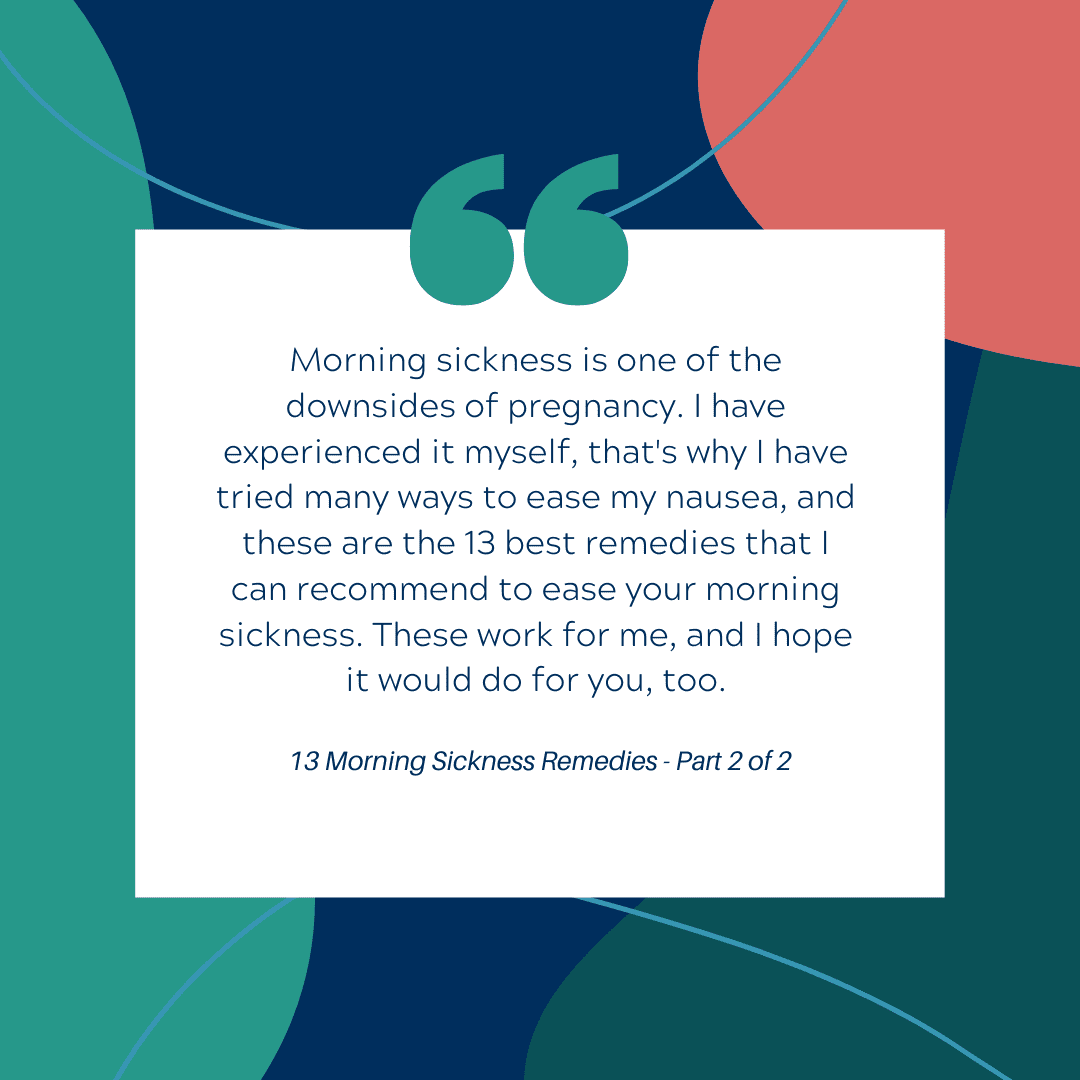 Arguably one of the worst parts of pregnancy, morning sickness can last all day long, from shortly after that positive pee test through the end of your pregnancy. Here are the 13 best remedies to ease your morning sickness. 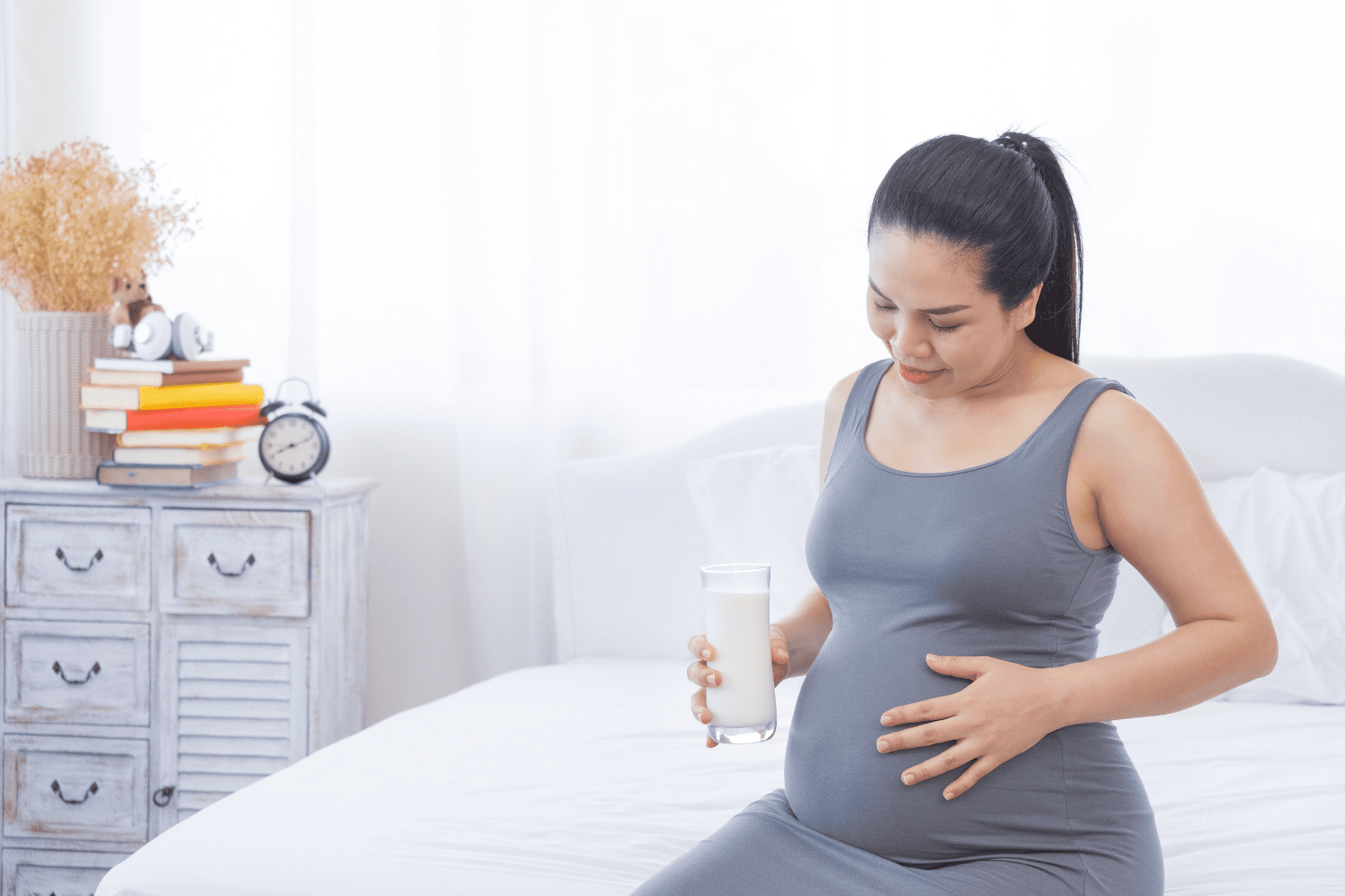 Typically, it’s over by the end of the first trimester, or by around 14 weeks into pregnancy. The worst part of morning sickness is typically 9-10 weeks into the pregnancy, as your placenta develops, and HCG levels spike.

Generally, morning sickness ends at the end of the first trimester, as HCG levels plateau and the placenta is fully developed.

While some women maintain that there is no remedy for morning sickness, others swear by various home remedies. (As always, make sure to talk to your doctor before trying anything new. This is NOT medical advice.)

A quick search of the internet will pop up tons of websites, all saying that a magnesium deficiency is a super common thing, not just for pregnant women. In fact, Tara M of California said that increasing her magnesium intake prevented her from having to take anti-nausea medication.

There are a variety of ways to take magnesium, but the most popular and easiest method for pregnant women is Natural Calm, a magnesium drink. Other ways include buying or making your own magnesium body spray. The idea here is that you can’t possibly take too much when applying topically. As it’s hard to take too much magnesium, that isn’t exactly a notable concern.

The last option is taking a magnesium supplement in pill form, but that can take you down a rabbit hole. Trying to figure out exactly which kind or manufacturer of magnesium is time-consuming, though, so Natural Calm is still the best bet.

If you aren’t yet pregnant but are considering it and are concerned about morning sickness, some sources recommend getting a head start by taking magnesium beginning three to six months before you get pregnant, to boost your magnesium levels. 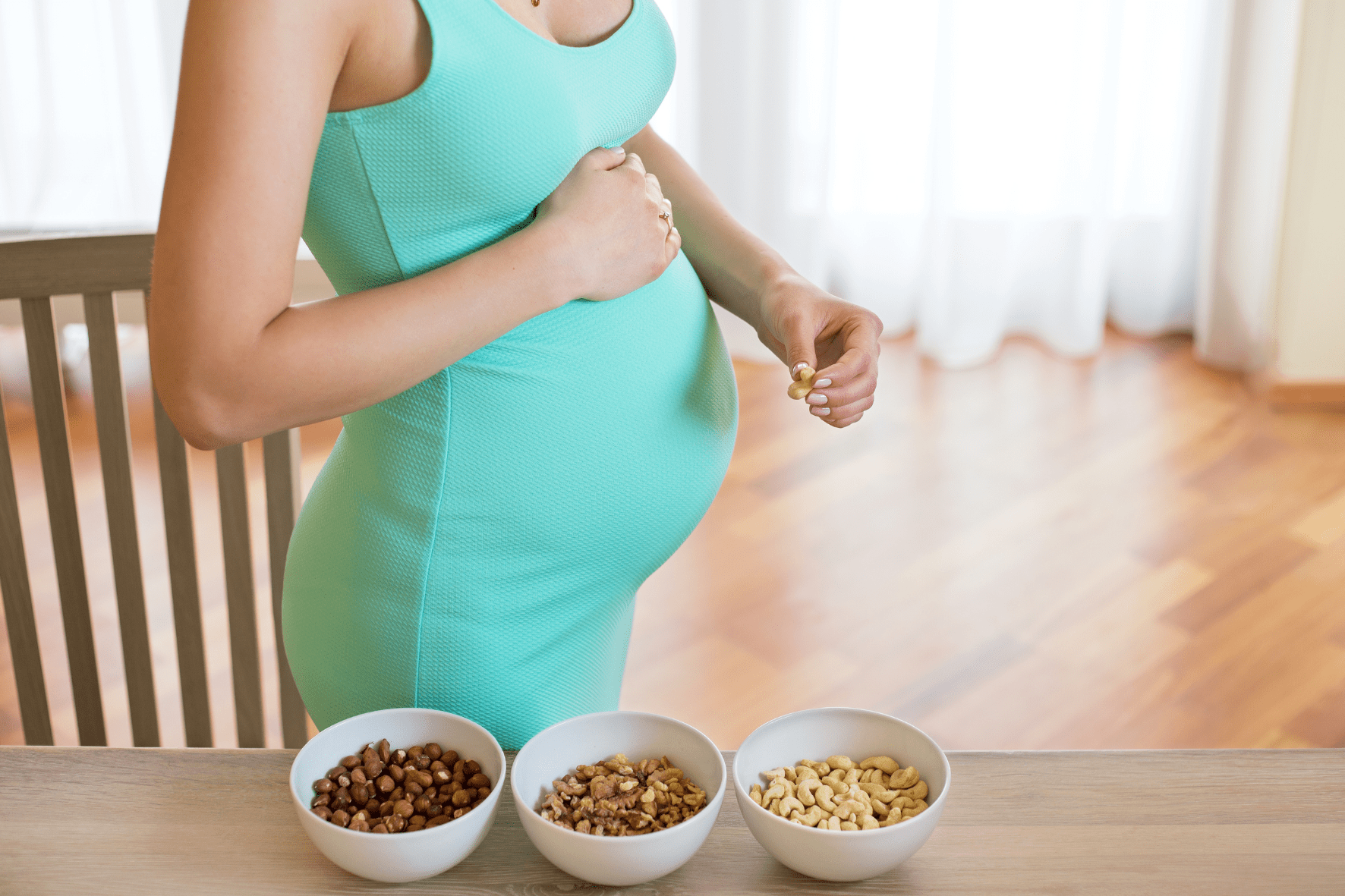 For women with pregnancy sickness, sometimes, muffins are the only thing that sound edible. Unfortunately, they don’t actually help decrease severe morning sickness. If this is the case for you, protein may be the answer.

This remedy was submitted by Anne M of Mississippi, who had morning sickness with every child up until her sixth when she committed to eating at least 100 grams of protein a day. The increased protein made her morning sickness much more manageable.

Even if 100 grams a day is too high or too much for you to manage, it’s a great nutrient to strive to consume during the first trimester of pregnancy. Often times, for women struggling with morning sickness, delicious carbs (hello, macaroni, and cheese) are the only things that sound appealing.

If this is the case for you, sneaking protein in where you can (all-natural, nitrate-free, beef hot dogs go well in that mac n cheese) may help maintain energy levels, which may help decrease morning sickness symptoms. 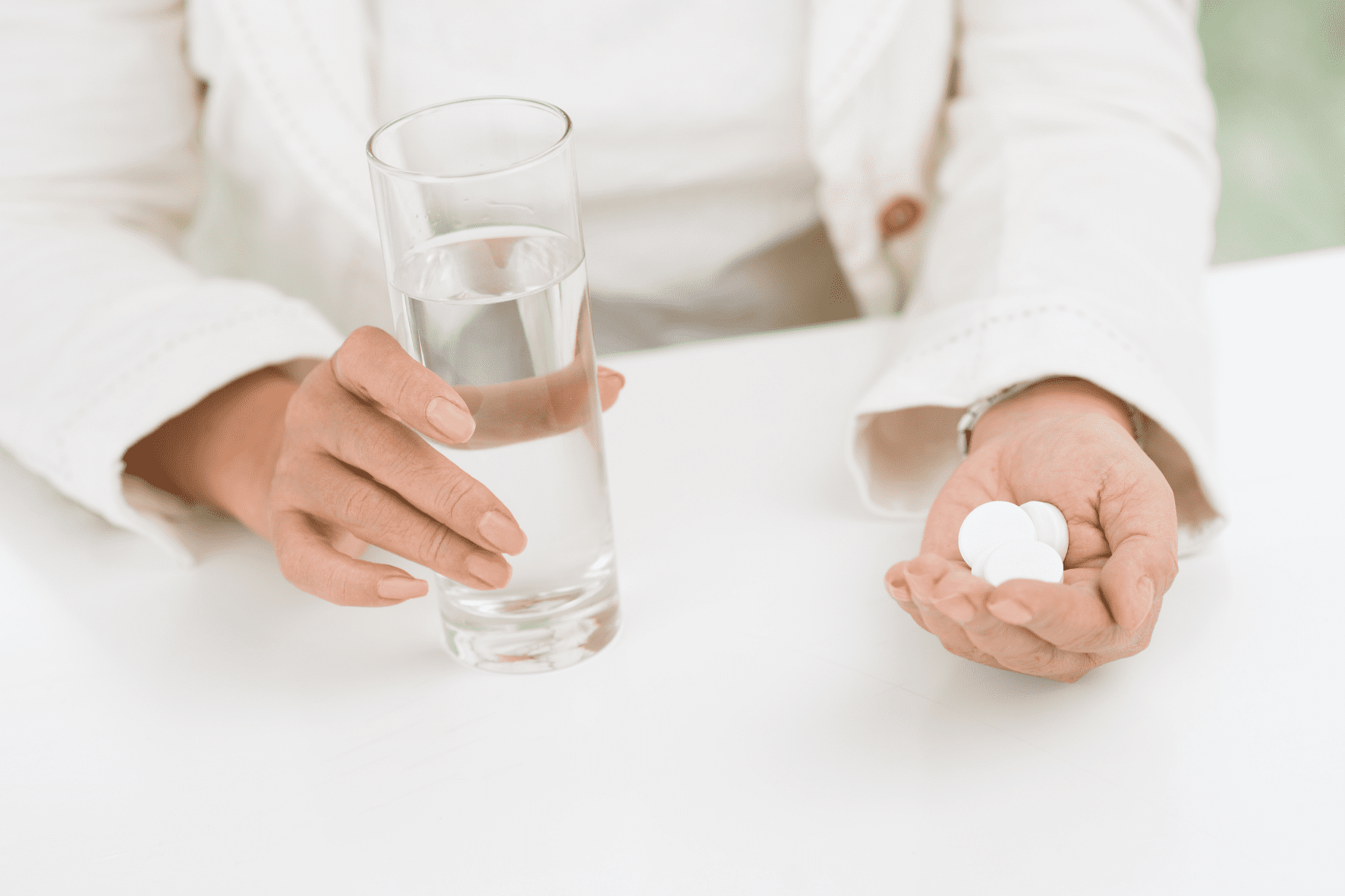 Zofran is currently the most effective medication in the US market for alleviating morning sickness symptoms. The downside? There’s a 1-2% risk of development of a cleft palate. Whether the risk is worth it or not depends on the severity of your morning sickness. If you’re ill enough to require hospitalization, then the risk of cleft palate pales in comparison to the necessity of mother and fetal/infant safety.

Aside from the small chance of a cleft palate, the other notable side effect for pregnant women when taking Zofran is constipation.

Morning sickness is so common, yet so rarely severe or extensive in duration. For these reasons, OB’s don’t often prescribe prescriptions unless you request them. Diclegis, a relatively new medication, is a slow-release combination of Unisom (doxylamine succinate, NOT diphenhydramine) and B6 (pyridoxine). 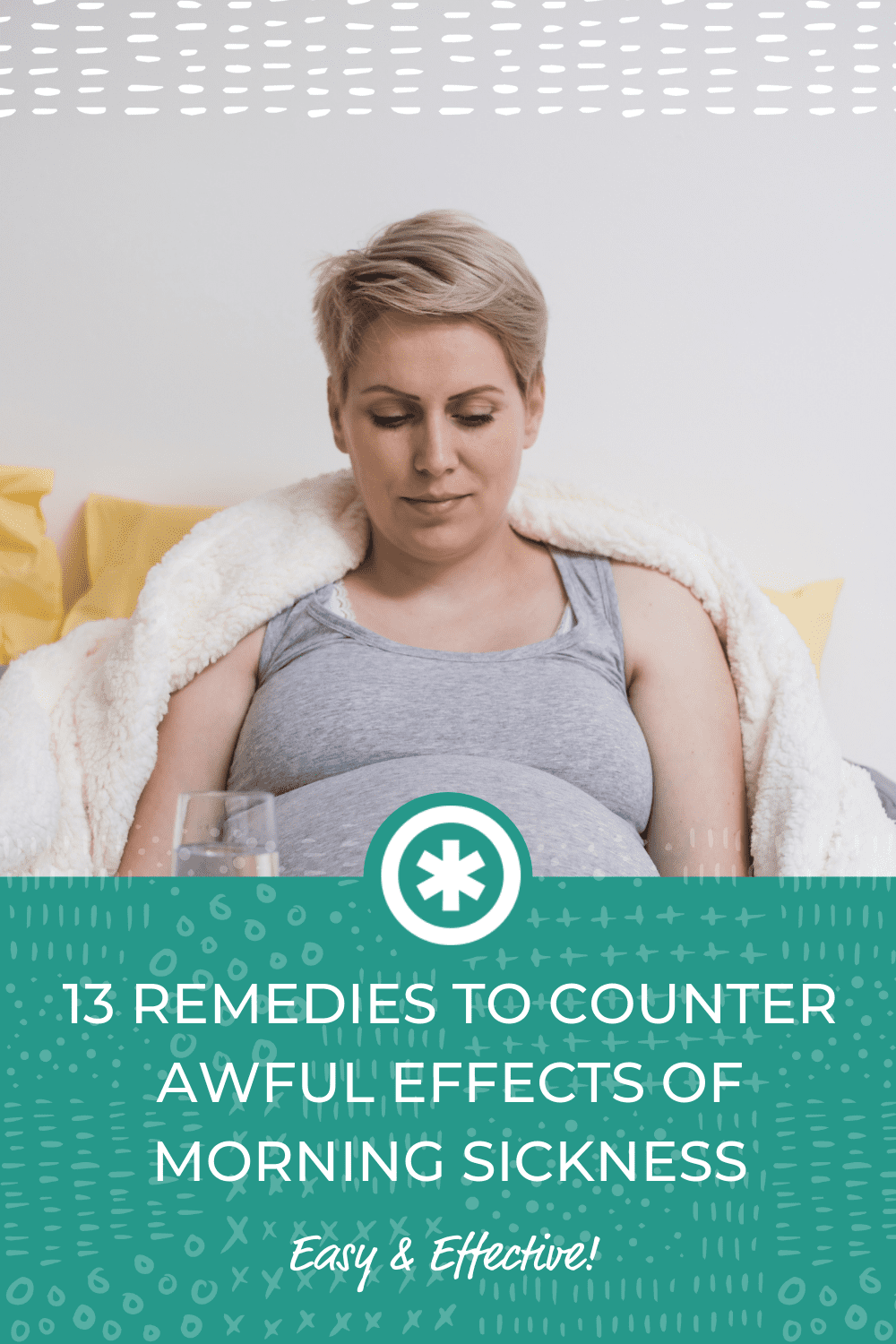 The most notable thing about Diclegis is that it takes a few days to build up to efficacy, meaning, it doesn’t exactly work immediately. Initial dosage suggestions are, to begin with, two pills a day, both at bedtime. If you still have morning sickness, on day three, add one pill in the morning. If you still have symptoms, on day four, add a fourth pill in the afternoon.

While within a few days, Diclegis can greatly reduce instances of nausea and vomiting, the greatest downside to Diclegis is the extreme level of tiredness that comes with taking continuous doses of Unisom. It can also disrupt evening sleeping patterns.

The general consensus on this combination is that it’s effective, though not as great as Diclegis, since you’re taking more pills, none of which are slow release.

Dosage details are, to begin with, half a Unisom and a B6 at bedtime, then to follow with the same in the morning. If symptoms subside, continue with the same dosage. If symptoms continue, you can increase to a full Unisom tablet for each dosage and also add an afternoon dosage.

Side effects are the same as that of Diclegis, meaning… You’re going to be drowsy. Very drowsy. Here’s where you make the decision on which is worse- the morning sickness or the drowsiness, and proceed accordingly. 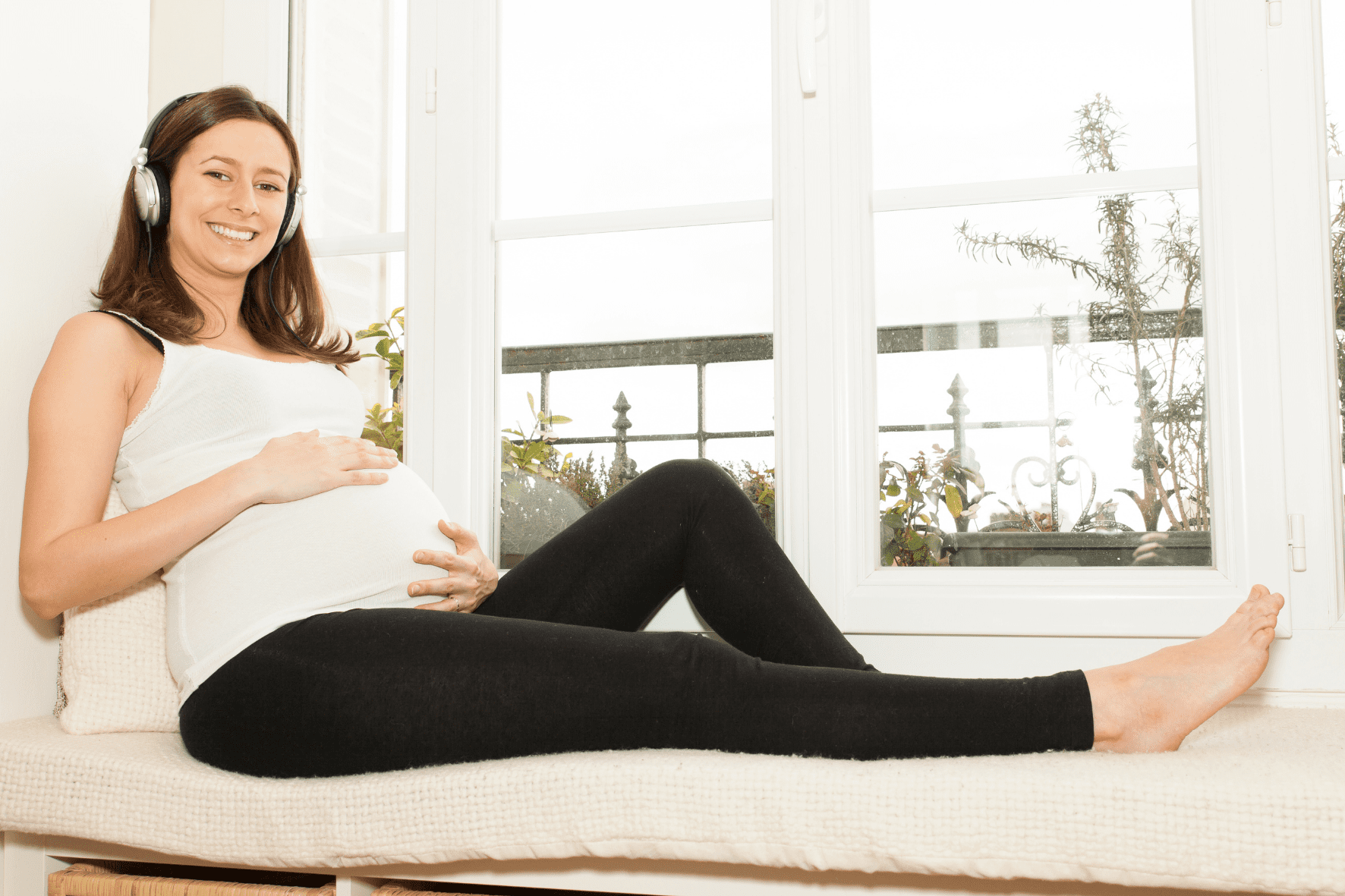 The techiest of these options is Nevasic, an audio app with a 94% effectiveness rate. All you need is your phone, headphones or earbuds, and to purchase the app. It uses binaural beat technology to ease nausea, even for women with severe morning sickness. In regular terms, it sounds like you’re listening to music made by aliens, but somehow, it works.

Nevasic is easy to use, has no side effects, no contraindications, and costs $17 in the App Store or on Google Play.

Sea-Bands alleviate nausea via pressure points on each wrist. They look like little exercise wristbands, but they have a plastic bead that you position between the tendons on your inner wrist.

Sea-Bands are great because you can put them on first thing in the morning and leave them all day. Occasionally, you’ll want to check and make sure the bead is still on the pressure point, and that’s it.

Sea-Bands come in a mama version, but the only difference is the color. For some women with mild morning sickness, Sea-Bands are effective by themselves. For more severe morning sickness, they’re helpful in conjunction with other remedies.

The ingredients on Preggie Pops and Preggie Pop Drops (they’re cough drop sized, instead of lollipops) wouldn’t indicate that they can get rid of morning sickness, but many women swear by them.

Other women insist that you could just eat a jolly rancher or lifesaver for the same result, though the ingredients aren’t as natural on those mainstream candies. 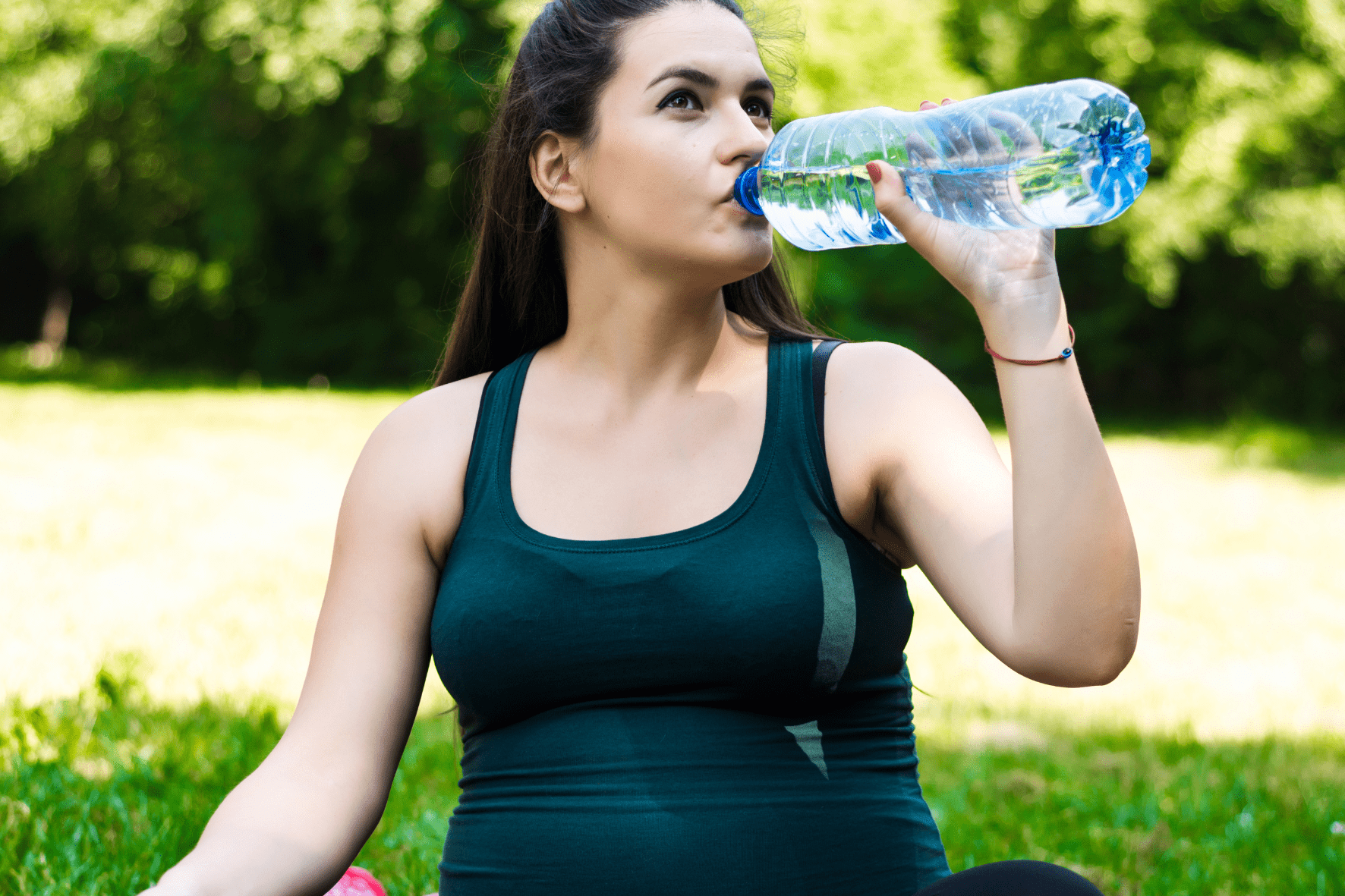 Often overlooked, being tired can aggravate morning sickness symptoms. Pregnant women generally need 1-2 more hours of sleep per night than non-pregnant women. If you’re unable to get enough sleep during the night but have the ability to nap, that’s helpful, as well.

Often the first-morning sickness remedy that people recommend, ginger is available in many forms. Ginger candies vary widely, from cough drop consistency to taffy-like. Any of them will work, it really depends on each woman’s individual preferences.

Ginger snaps or ginger cookies are another edible option and often taste less sweet. The only potential drawback to eating ginger in candy or cookie form is the increased “junk food” calories. Pickled ginger is another option, and is also less junk food-y than the other options.

Peppermint is often recommended as a nausea remedy and is a super inexpensive, easy to do remedy. Any peppermint mints or gum will fit the bill for this pregnancy sickness ready. At the least, peppermint gum or mints are effective because they remove the taste or smell of anything else in your mouth!

For some pregnant women, water sounds disgusting. If this is the case for you, don’t worry. It’ll likely pass. Drink Gatorade, or root beer, or whatever else sounds good until you can stomach water.

Nausea and vomiting increase with dehydration, so it’s important to drink whatever fluids you can. (Caffeine and cranberry juice are diuretics, so they don’t work well to hydrate.) 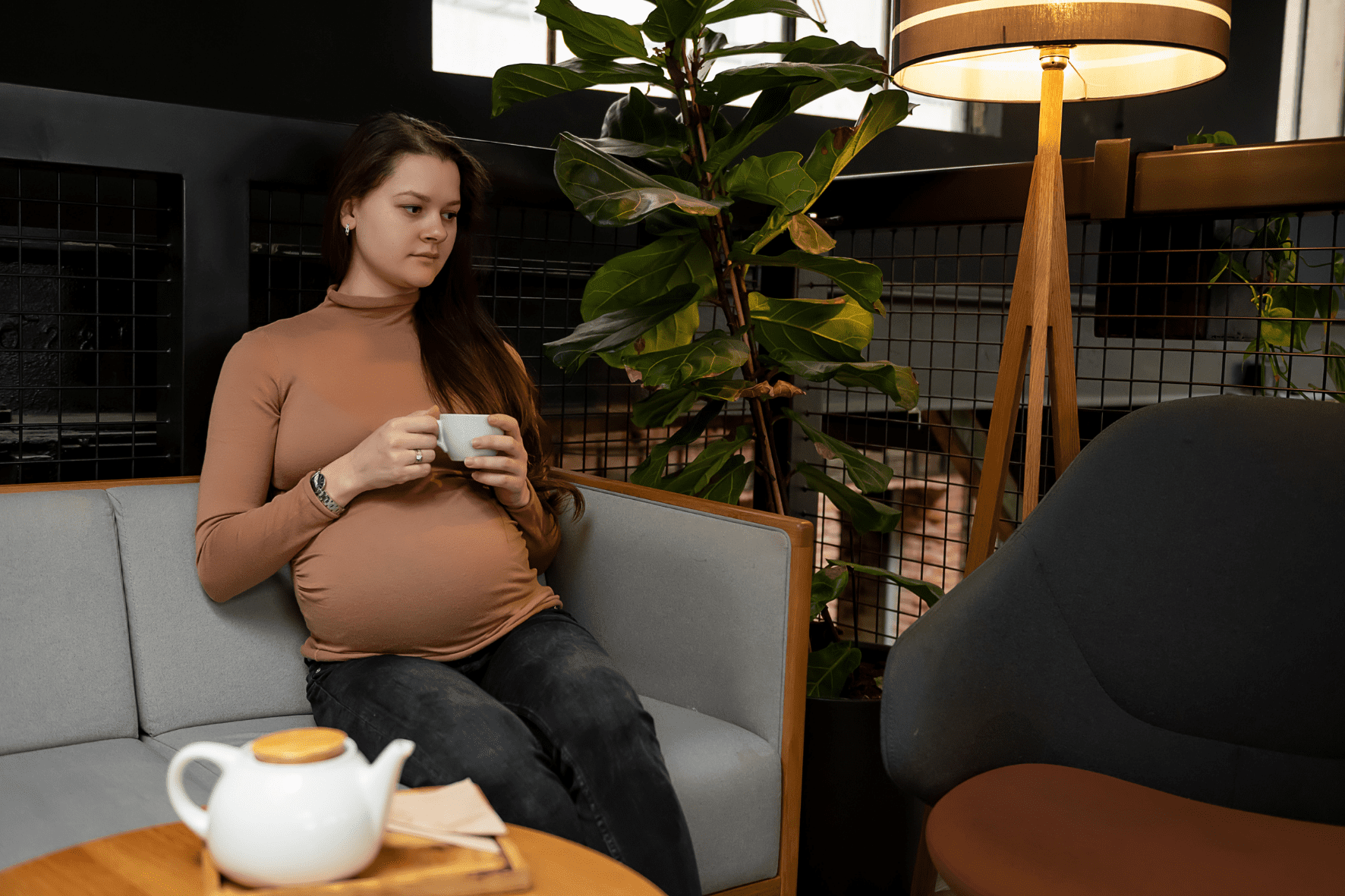 Herbal tea is great because it incorporates several remedies in one: namely, hydration and ginger. Earth Mama Angel Baby’s Organic Morning Wellness Tea is great because the taste is mild, you can’t overstep the tea (forget the teabag in the cup? no worries!), and because it’s organic, so you’re not drinking unnecessary chemicals or pesticides. This tea works well if you have mild morning sickness.

If you have more severe morning sickness, you’ll want to have this in conjunction with other remedies.

Did we leave anything off the list? Comment below with any pregnancy sickness remedies that have worked well for you.

If your morning sickness causes dehydration, exhaustion, a weight loss of more than 3% of your body weight, or hospitalization, you may have Hyperemesis Gravidarum, a more serious condition that can require close monitoring or even a home IV.