5 Best and Beautiful Places to Take Kids in LA 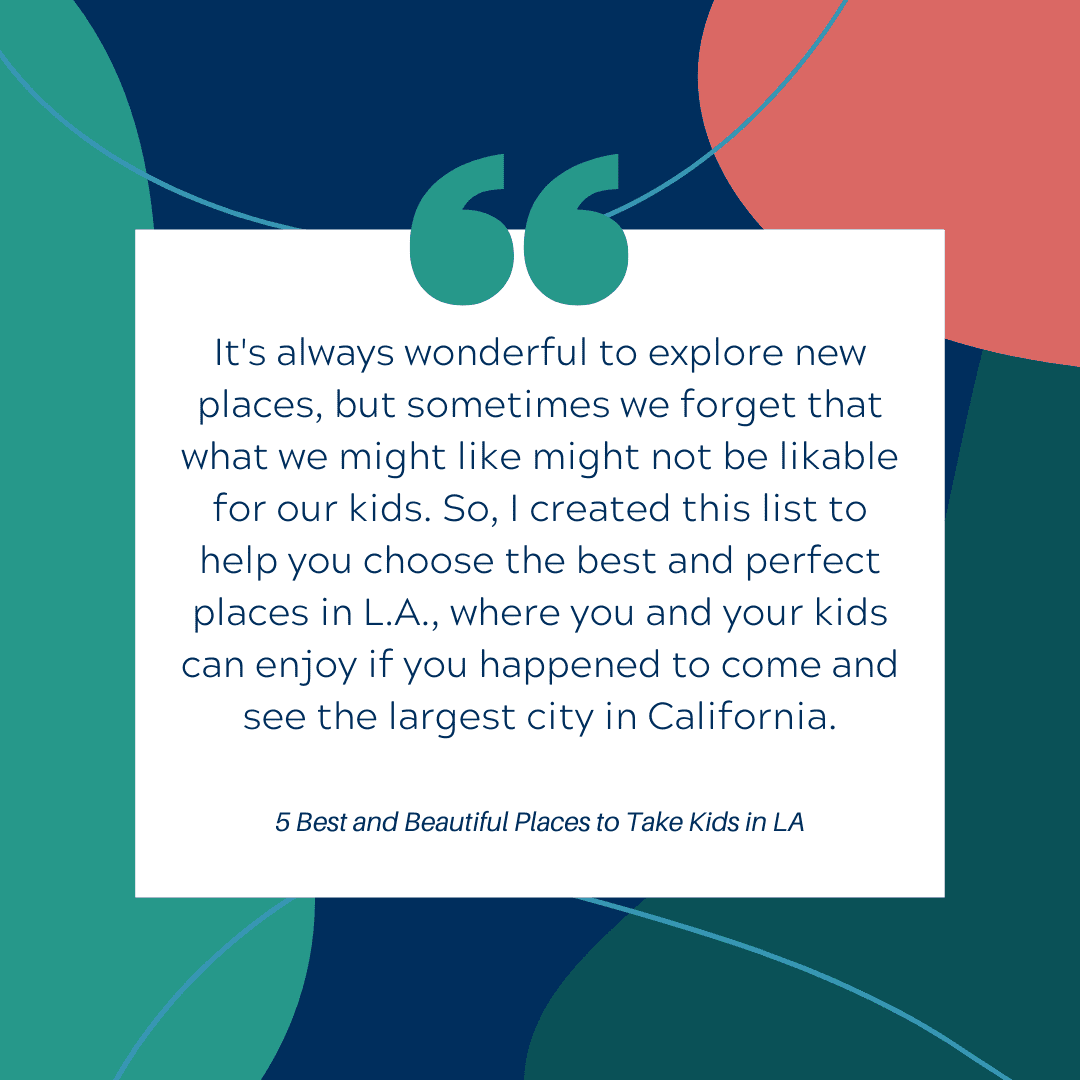 Jonathan and I met in Los Angeles, Hollywood to be exact. We were waiting tables in a restaurant in Hollywood (on Hollywood Blvd, just west of Vine) since that’s what actors do. We lived there until we were pregnant with our second baby when we did the snobby thing and left the state rather than live in the Valley. (That’s an LA joke, sorry!) Since then, every time that we go back, we have been exploring the best places to take kids in LA. 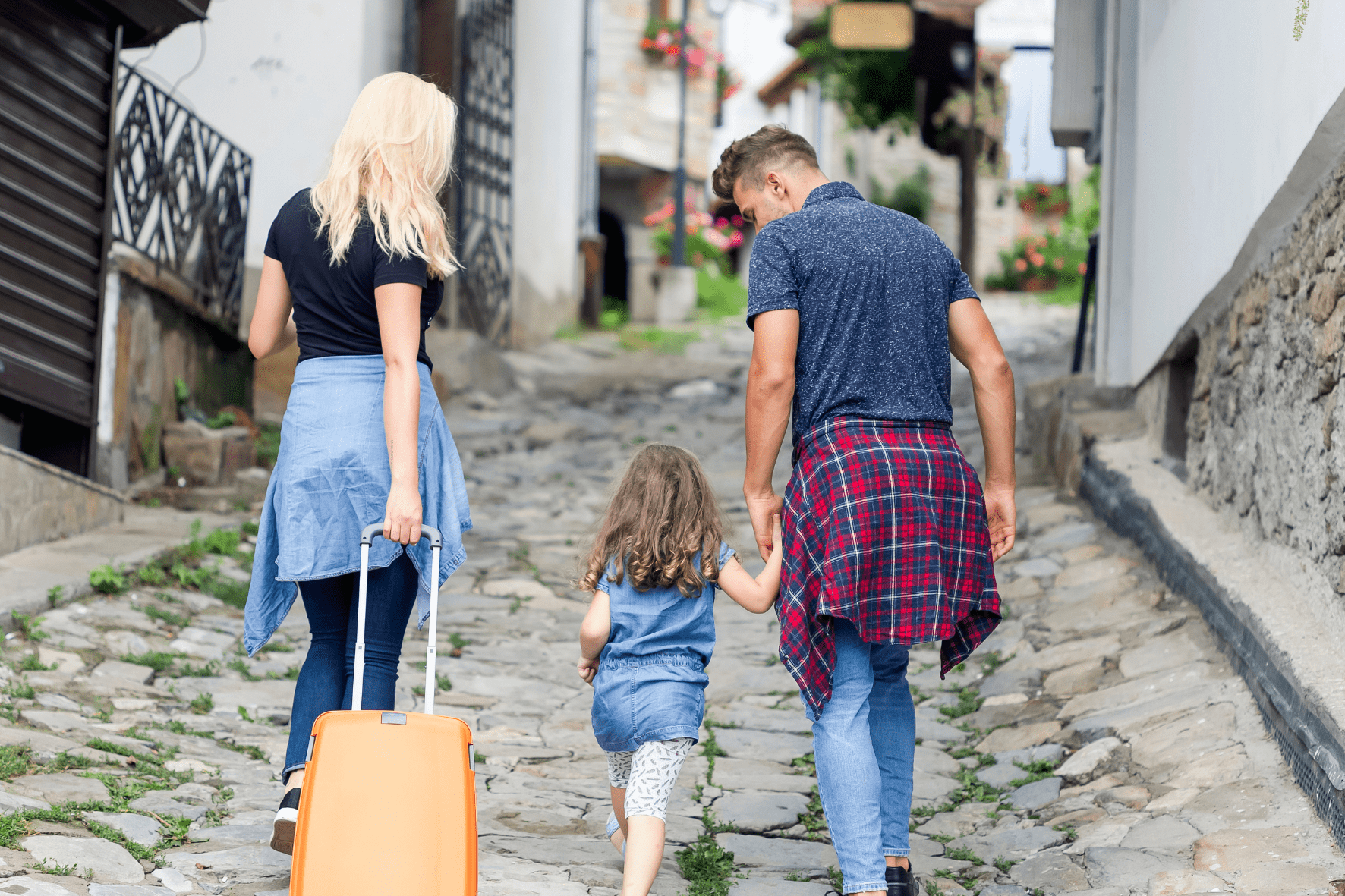 We’ve gone back to visit only once, so we had to think hard about what we wanted to see and do while we were there. This is all to say we have a unique perspective- what would people who used to live there do when they went to visit with kids? This is that list.

Places to Take Kids in LA & What to Do

When you live in LA, you get used to the massive variety of amazing food options available. There are farmers’ markets and amazing restaurants all over the place. That’s something we definitely missed when we left.

Going to the Hollywood Farmers Market on Sunday morning was really high on my to-do list! There are always a couple of live musicians, someone making balloon animals for kids, and food trucks. 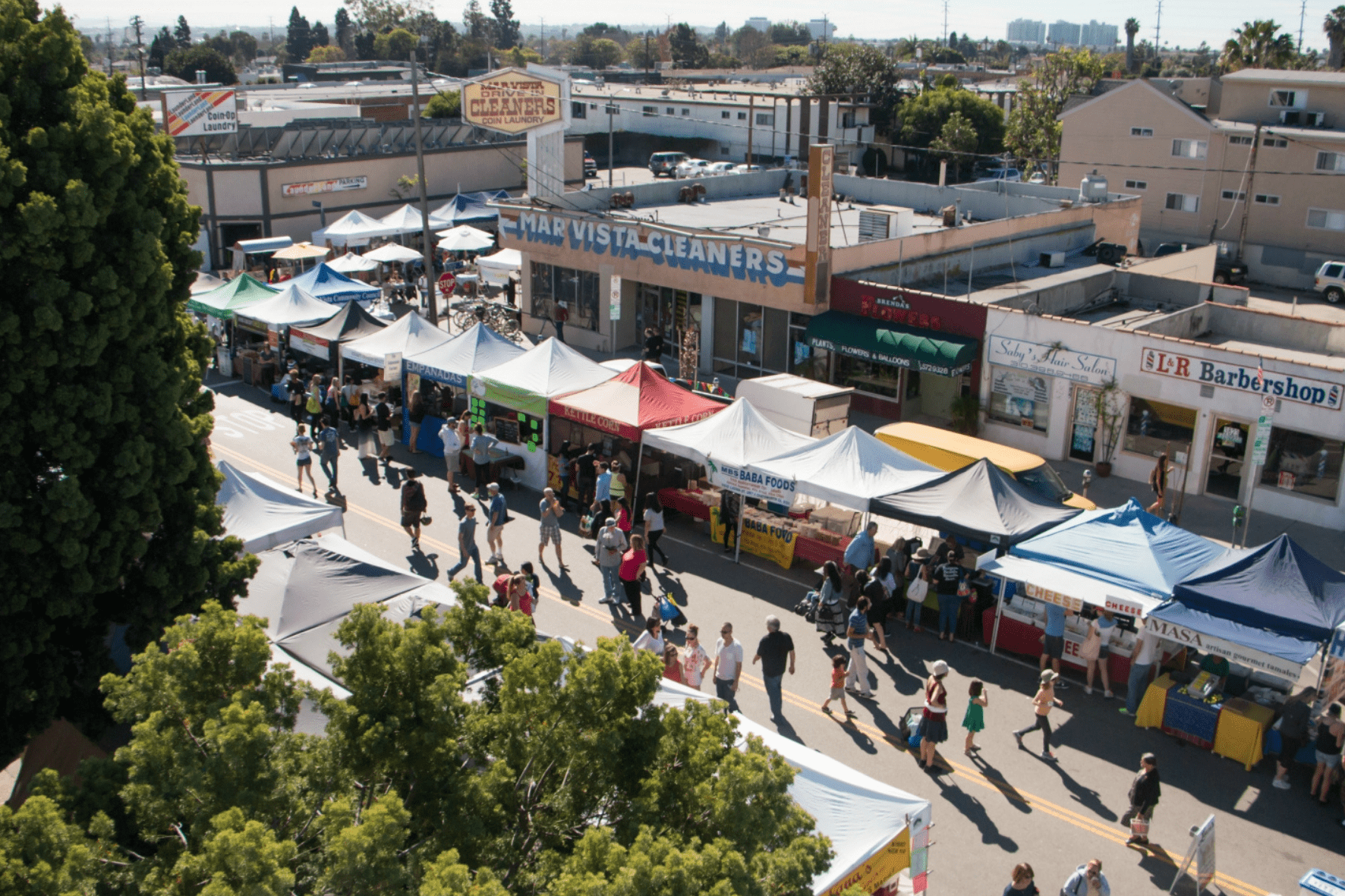 The way it timed out for us, Rylan fell asleep in his car seat, so Jonathan stayed with him in the car while I took Lauren with me. We quickly grabbed ourselves a truffle salt from one vendor and headed to my absolute favorite place there.

Going to the farmers market is such an LA “thing” to do, you’re likely to see at least one celebrity when you’re there.

I’d gone with a friend and she introduced me to the magic that is Dave’s Gourmet Korean Food, which isn’t something I’d necessarily have tried on my own. Absolute favorite items: lotus, seaweed, tempeh, and broth.

I don’t know what’s in Dave’s veggie broth, but it’s amazing. They sell it by the cup and by the jug, and the cups usually sell out during the cooler months of the year.

The Hollywood Farmers Market is every Sunday from 8a-1p at Ivar and Selma (between Hollywood and Sunset, just east of Vine).

If you like Instagram and you follow anyone who’s LA-based, you’ve probably seen photos of them in front of a pink wall. That’s the Paul Smith store on Melrose. The outside of the building is painted pink and people flock to it to take photos.

The manager is super nice and requests people to take photos on the street side as well as the parking lot side. They don’t allow professional shoots there, which I guess some people attempt! 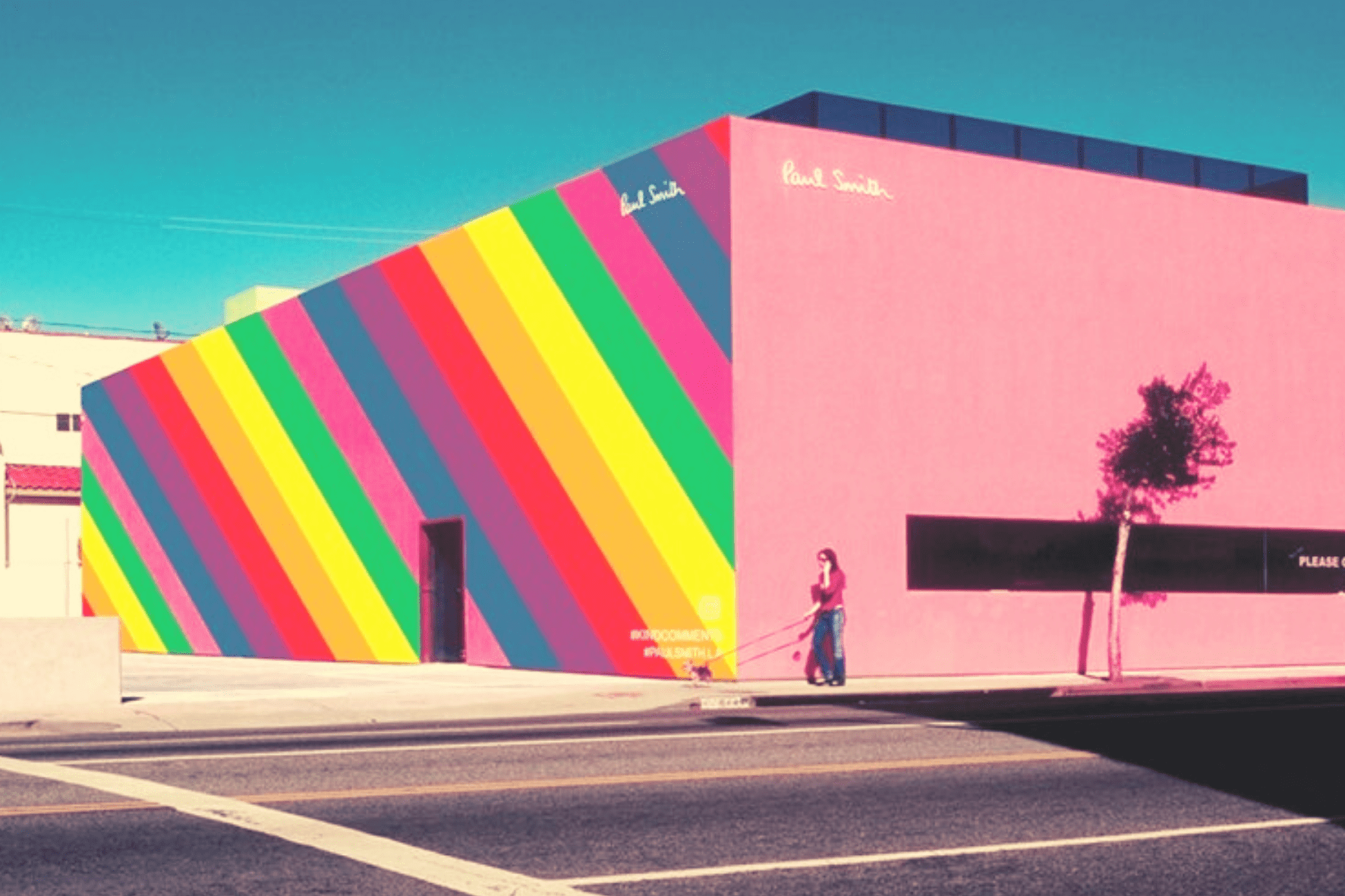 They were amazing and brought out a little cactus for Lauren and me to shoot with. Once again, Rylan was asleep in the car, but we parked in the lot so we took pictures literally ten feet away from him- where we could see him doing his little baby snores.

The pink wall is such a great place for photos, though I’d of course recommend not doing it the middle of the day when the sun is super bright. Try early in the day or later afternoon for the best lighting (or, of course, cloudy days).

But, there’s a dog park right below the Hollywood sign and it’s the perfect place to get a photo with the sign! Rylan isn’t in these photos, either, because he was asleep. We take naps very seriously to keep everyone sane, so hopefully, he’ll forgive us for all the LA photos without him. haha! 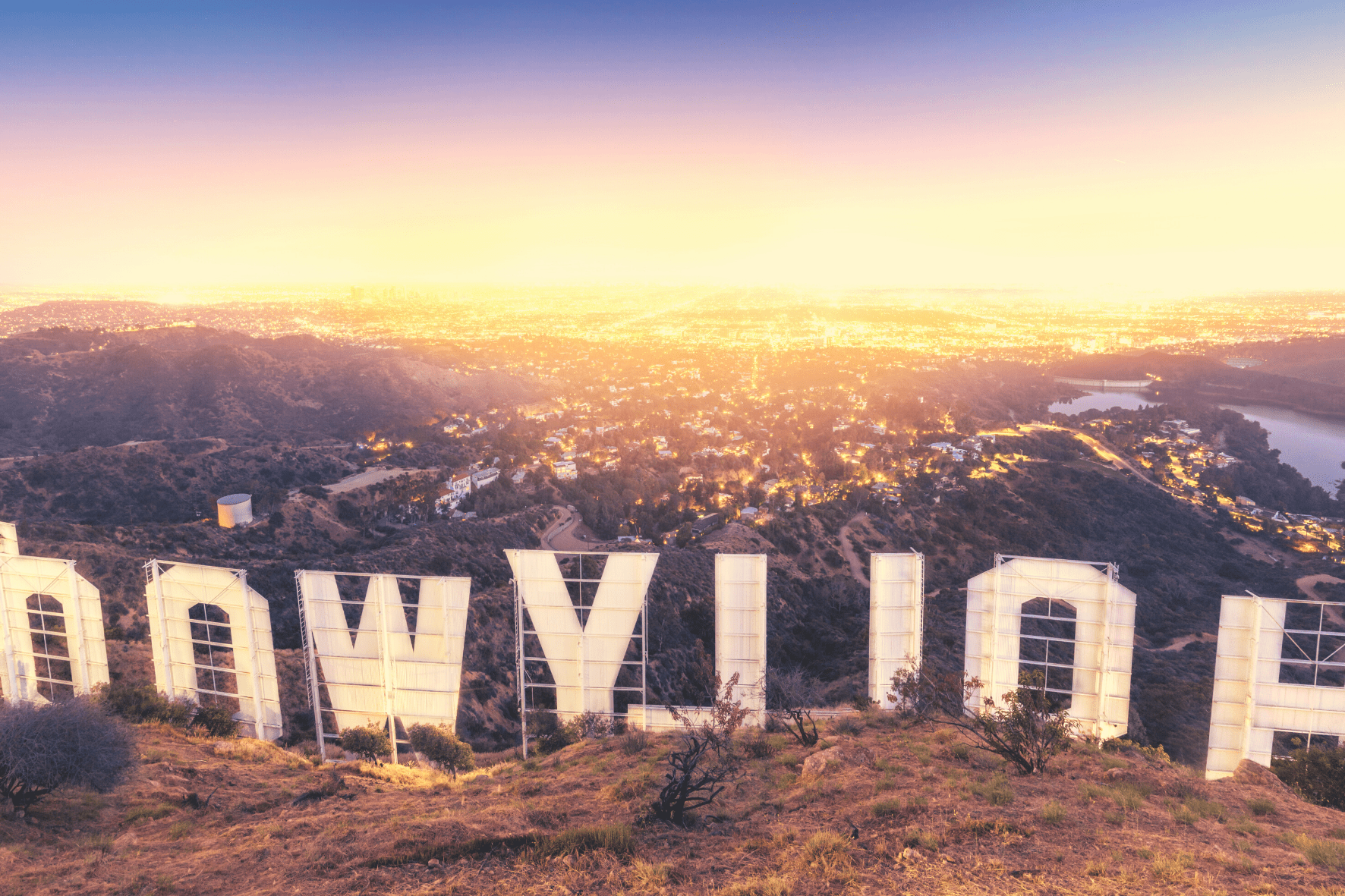 If you put “Lake Hollywood Park” into your preferred maps app (which is probably Waze in LA), it’ll get you there.

(Side note, it’s an unofficial dog park, occasionally city workers drive past with a megaphone announcing that all dogs must be on a leash and all the owners hurry to put their dogs on leash so as not to get a ticket. It’s really just a massive grassy area, and as there aren’t many of these in LA, it’s a natural great place to take dogs.)

My mom used to take my siblings to hang out at Third Street Promenade when we were preteens, and it’s still one of my favorite places to go and to take little kids. It’s a block or so away from the beach, has a really wide variety of shops and restaurants, and always has live music. 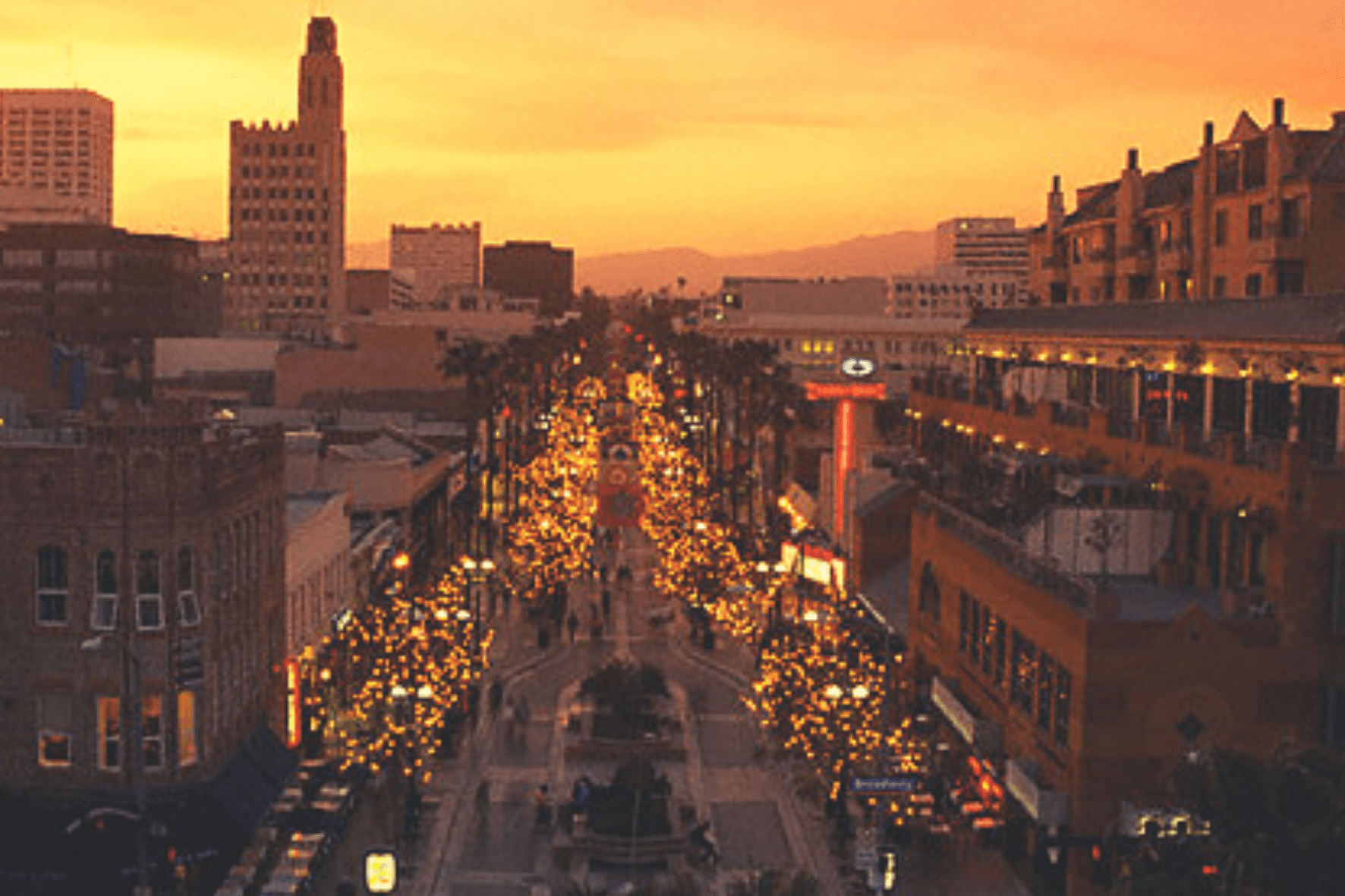 If you go on a weekend night, you’re also likely to find other street vendors, like henna artists. We met up with friends for dinner at CPK (California Pizza Kitchen) and then watched our little girls dance like maniacs to live music.

Whether it’s a city thing, an LA thing, or a city people thing… Brunching is a major thing in LA, and so that was the perfect way to meet up with all our friends. We went to Grub in Hollywood, which made all our toddler’s dreams come true because as an appetizer, they serve Captain Crunch in little bowls on the table.

Their menu is amazing- there’s a Top Chef alum as an owner (which is also really common in LA, because, of course, it is). The Crack Bacon is accurately named, and it’s well lit and really cute. While it’s hard to go wrong as far as brunch in LA goes (The Griddle is amaaaaazing), we always love Grub. 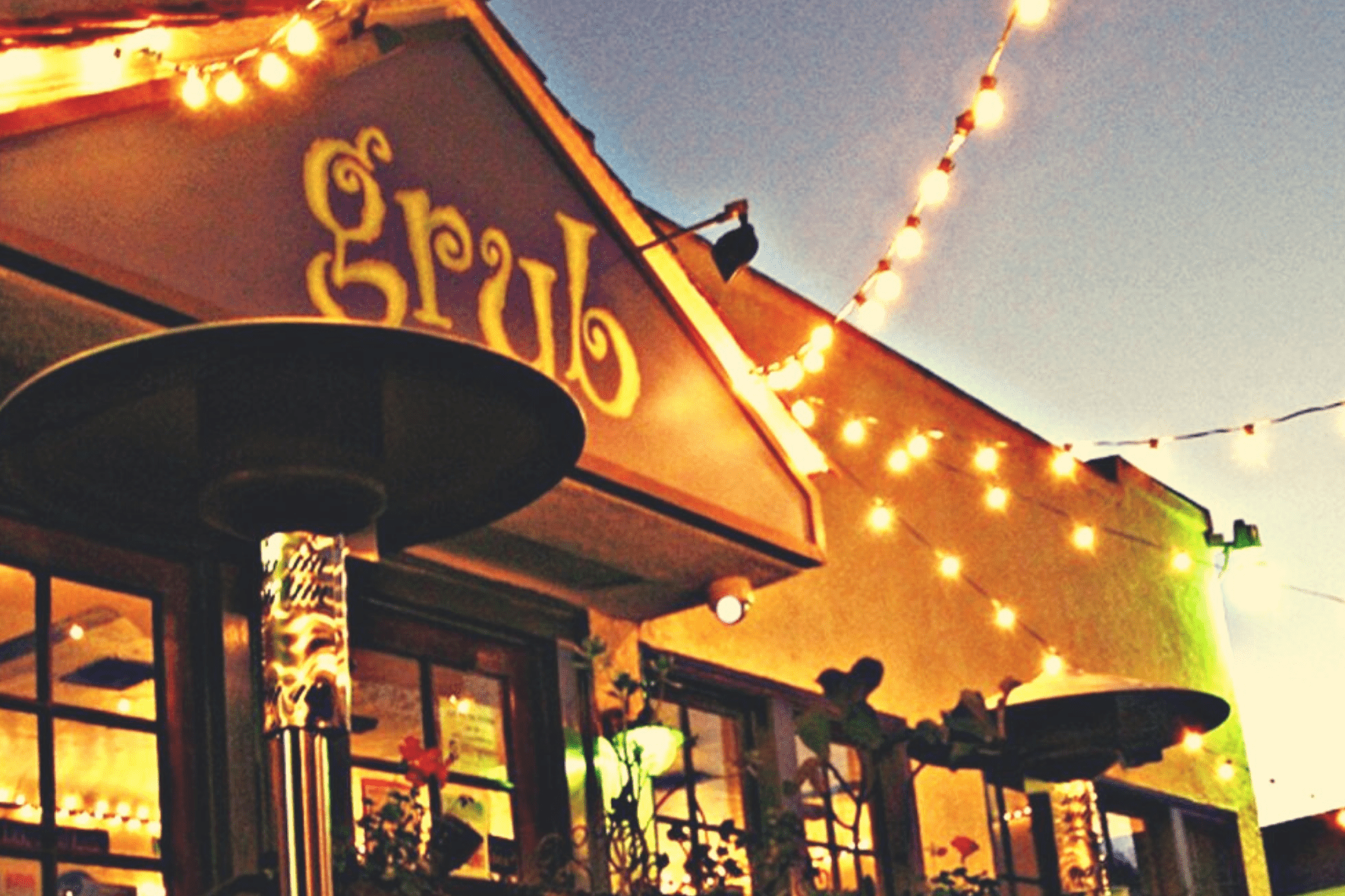 We stayed at an Airbnb the first night (okay, total transparency, it was our own Airbnb and we were there to shut it down!) and then the Loews Hollywood Hotel at Hollywood and Highland the second night before we continued on our trip.

The Loews (formerly Renaissance Hotel) was sooooo Hollywood: people were all dolled up and smoking cigarettes, heading out to party when we arrived. Not family-friendly, but perfect if you’re going to a show at the Dolby (formerly Kodak) Theater there.

We’re actually not a big fan of regular hotel rooms with little kids. Suites are a million times easier, because there’s a second room, so we don’t have to go to bed when the kids do. Airbnb’s are also usually awesome. In the Airbnb apartment, we pulled the sofa next to the bed and then put the kids foot to foot, where they slept excellently for the night we were there.

We plan to go visit again this May and will more than likely go to these exact same places. …Some people mark lines on the wall to measure their kids’ heights. We measure against landmarks. :o)

Posted in Travel
Scroll To Top