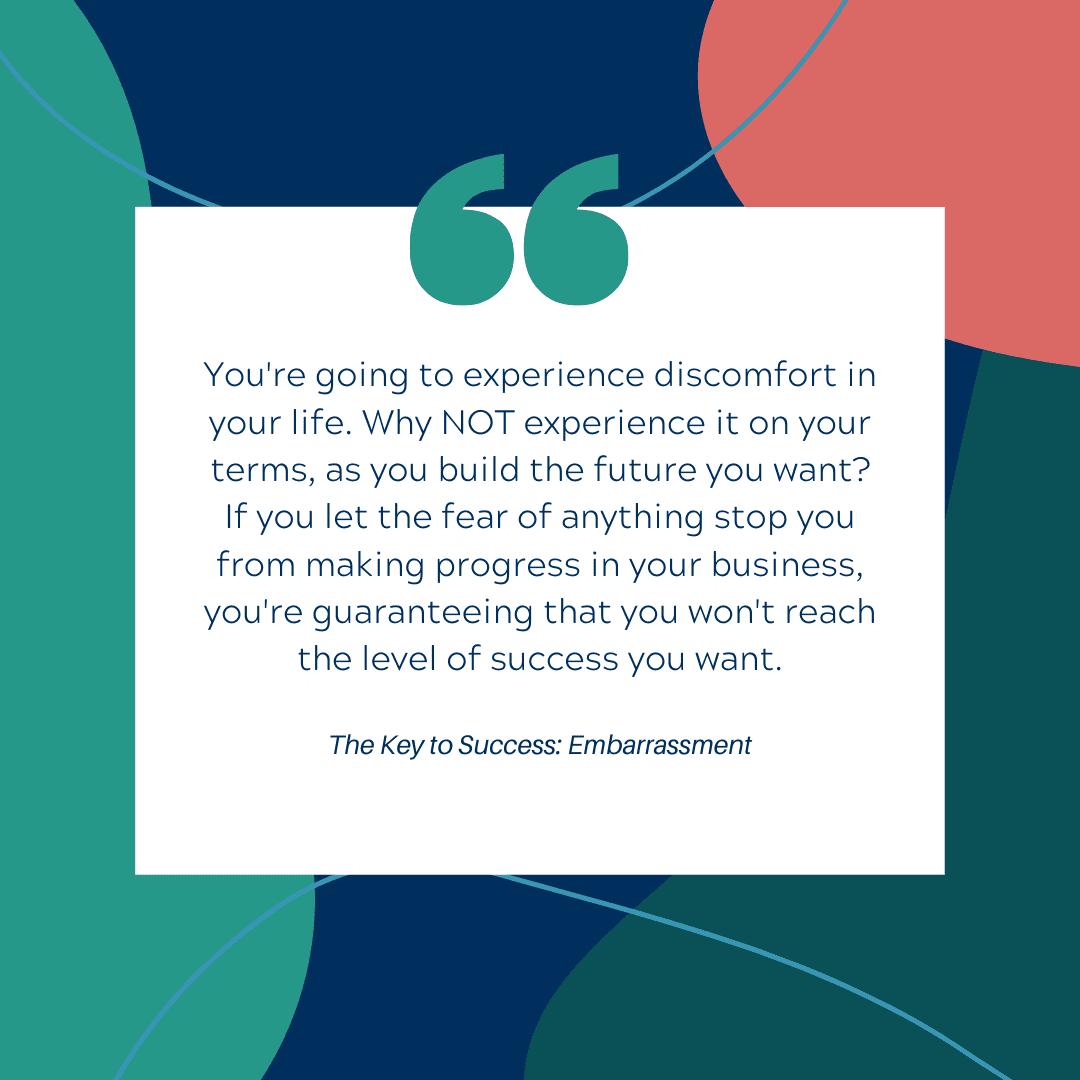 I still have family members that tell me, “When people knew I sold [major company’s product], they avoided me,” as though hitching your wagon to a network marketing company makes you an immediate pariah. They don’t realize that business embarrassment is an essential key to success. 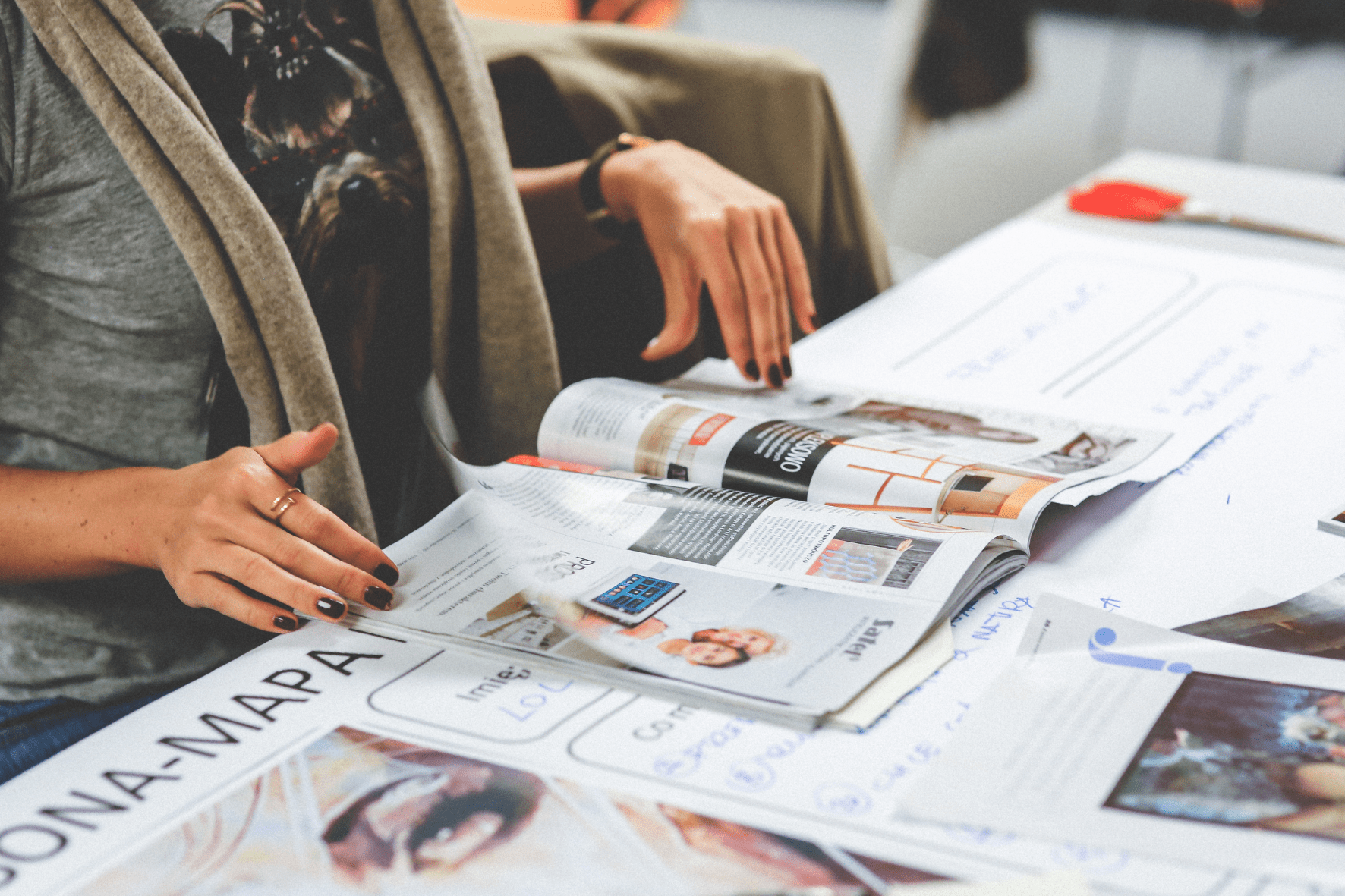 Here’s the thing. If people avoid you because you’re with a network marketing company… You’re doing it wrong. But you know what? THAT’S OKAY. I’m going to tell you something that sounds totally nuts.

…It’s okay to “do it wrong.” It’s okay to embarrass yourself. It’s okay to feel humiliated, ashamed, and vulnerable. Those horribly icky feelings can be a sign of growth. Setbacks and failure actually show you what you’re GOOD at, as well as what you’re not.

If you let the fear of anything stop you from making progress in your business, you’re guaranteeing that you won’t reach the level of success (financial or otherwise) you want.

I’m going to repeat that.

You’re going to be uncomfortable. You’re going to get scared. Your fears could be real (maybe someone really DOES avoid you) or imagined (didn’t get a reply via Facebook messenger? They probably just forgot.).  Either way, it doesn’t matter, because fears are fears. Discomfort is gross. 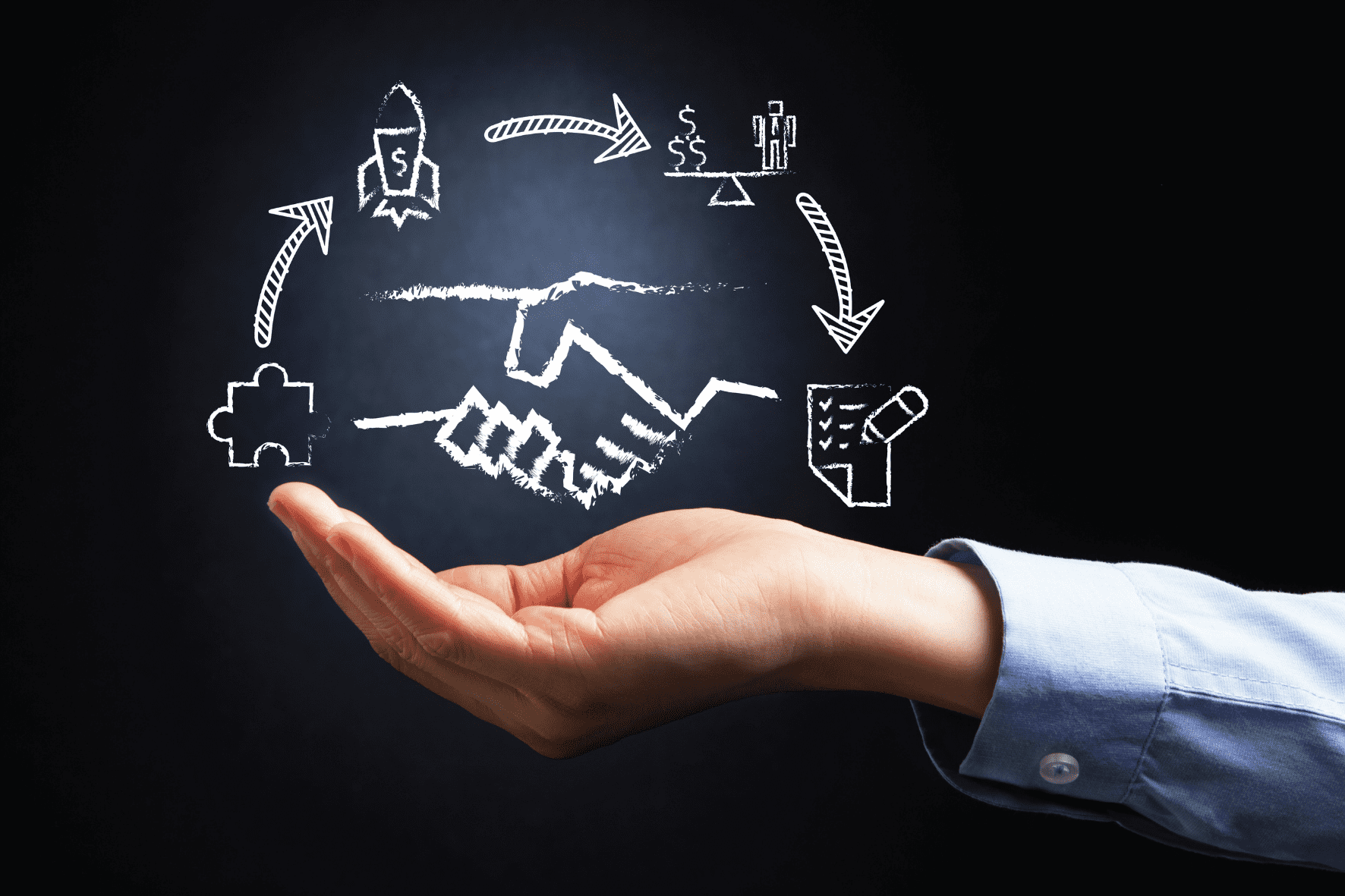 So, are you going to continue anyway or let it be your stopping point? Are YOU okay being another one of the statistics who “tried it but it didn’t work?”

If you can embrace the suck, somehow it makes it more bearable. It’s empowering. You know you’re going to come out on the other side, and you know it’s going to suck right now, but instead of fighting it, you let it happen. It makes it easier.

After my husband and I joined our second network marketing company together, I had a family member say, “Promise you won’t do another one.” Ouch. Disappointing and/or embarrassing your family isn’t exactly fun, is it? …But, we didn’t quit, because when it comes down to it, it really doesn’t matter what anyone else thinks as you progress on your journey as a human, an entrepreneur, or otherwise.

I hear from people all the time who are challenged by a lack of belief by those around them, by people saying things like, “When you make [X amount of money], I’ll join you.” Do you know the funny thing about that? It means that while you’re busy failing and learning all of the lessons you need to learn to earn your worth, they’re just watching.

When you’re earning whatever that magical amount of money is… They won’t have the skill set. So celebrate your discomfort. Embrace the suck. It means you’re that much closer to smashing your goals. Maybe your own discomfort comes from something as innocent as posting on Facebook. Each person’s level of a vulnerability is different. Over time, as you continue to do things that cause you to feel awkward or uncomfortable (like sharing your story or why you want to have your own business), you’ll feel less uncomfortable.

The key is that you continue to do NEW things that make you feel uncomfortable.

According to Lewis Schiff in “Business Brilliant,” your average middle-class person has failed never or once in their life. Self-made millionaires, on the other hand? They’ve failed at least three times, with 20% reporting four or more serious setbacks or business failures. Which category would you rather be in? 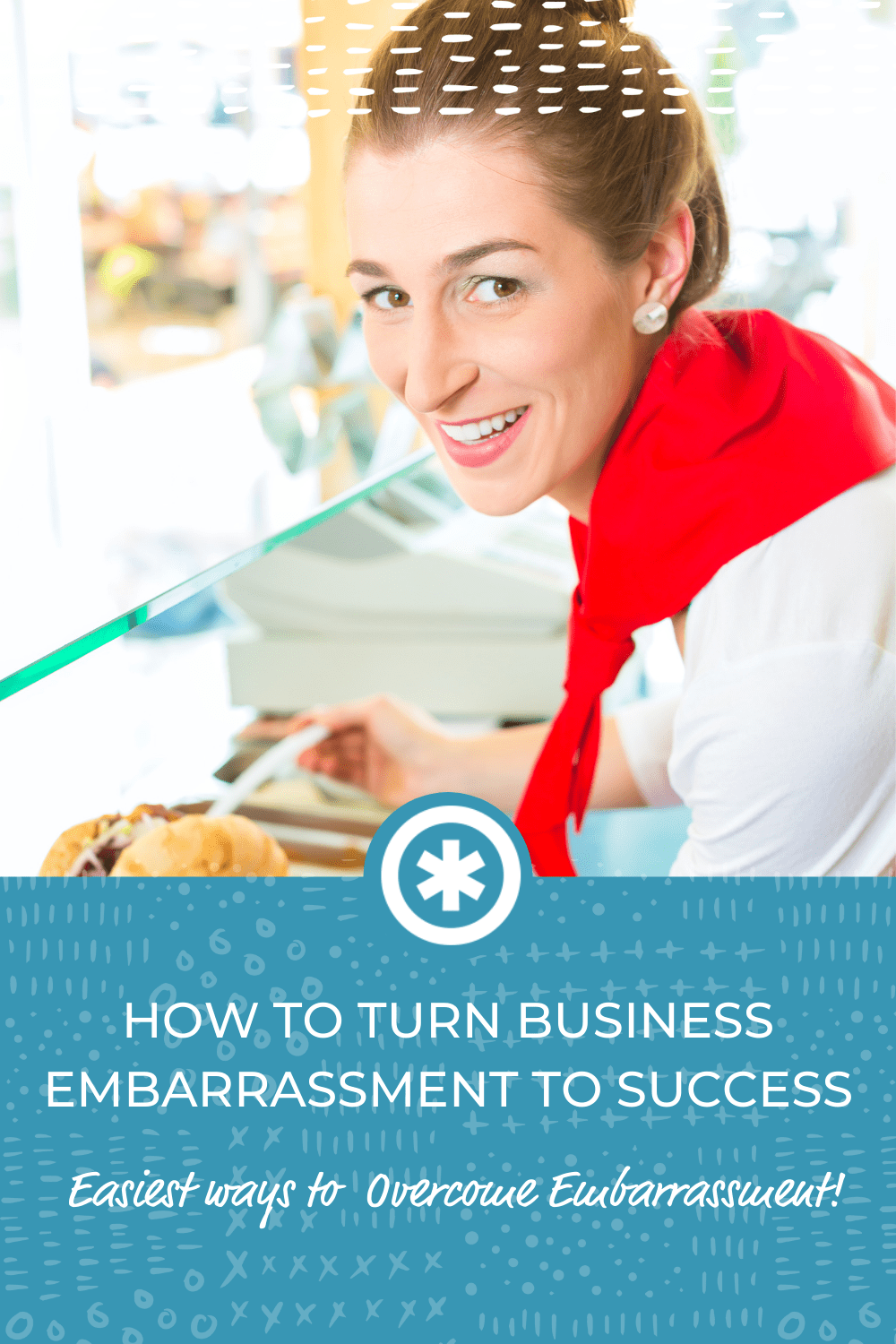 You’re going to experience discomfort in your life. Why NOT experience it on your terms, as you build the future you want? Get uncomfortable. Experiment. Learn. Grow. Repeat. Know you’re in good company on your journey.

Posted in Motivation
Scroll To Top