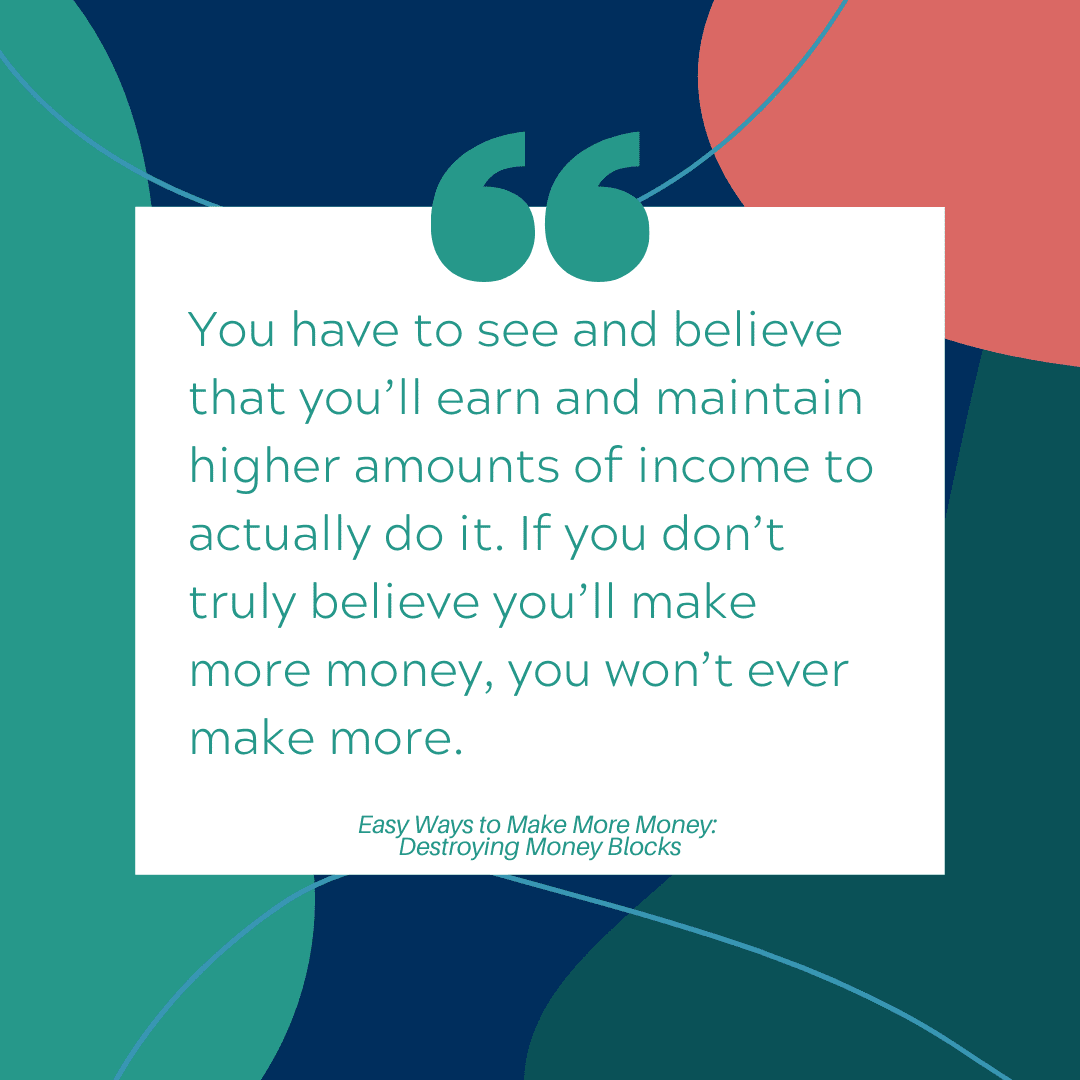 Before we get into destroying money blocks (and why it’s the easiest way to make more money), first, we need to look at a few scenarios:

In other words, did you ever notice that no matter what, most people can’t financially improve their lives? 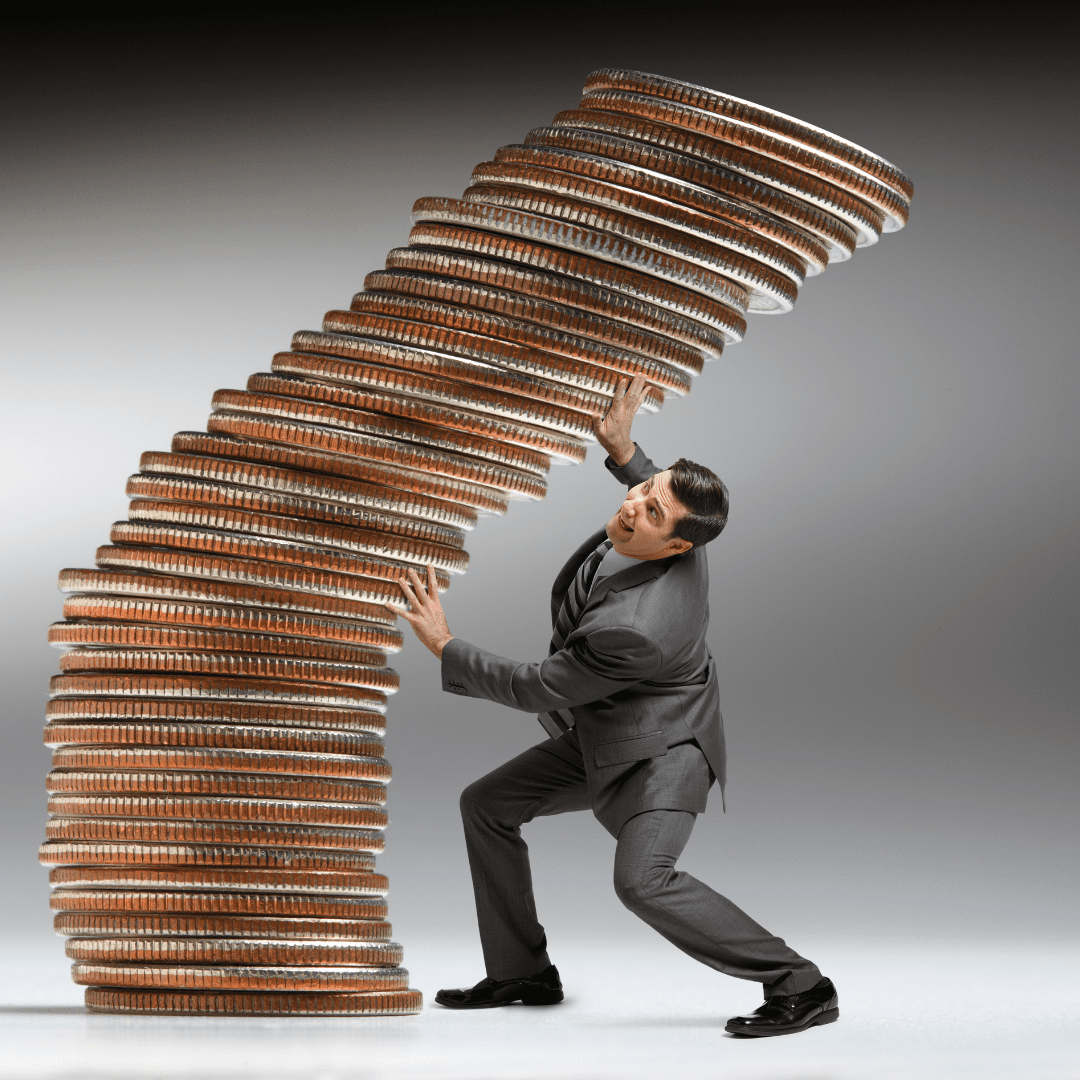 Of course, we could point out the obvious, that it could be attributed to poor money management, but that’s not *really* it.

There’s something actors are taught about script analysis in acting class- that is, to dive deeper and find out what the scene is *really* about. In the aforementioned cases, these scenes aren’t really about poor money management. Let’s talk about what’s really going on.

Now, before we get to the next section and you roll your eyes and scroll yourself right off this page, take a moment and accept this warning: it’s going to sound weird.

Why Most People Can’t Get Ahead and Remove Their Money Blocks?

The reason why most people don’t get ahead financially is that it’s an energetic or belief issue.

Most people do not actively believe they can or will make more money, or exist at a new level financially.

Generally, it’s because of fear. Our subconscious brain protects us against things that scare us, so, to keep ourselves safe, our brains keep us at the same income level.

Yes, our brains are really doing all this work on our behalf. 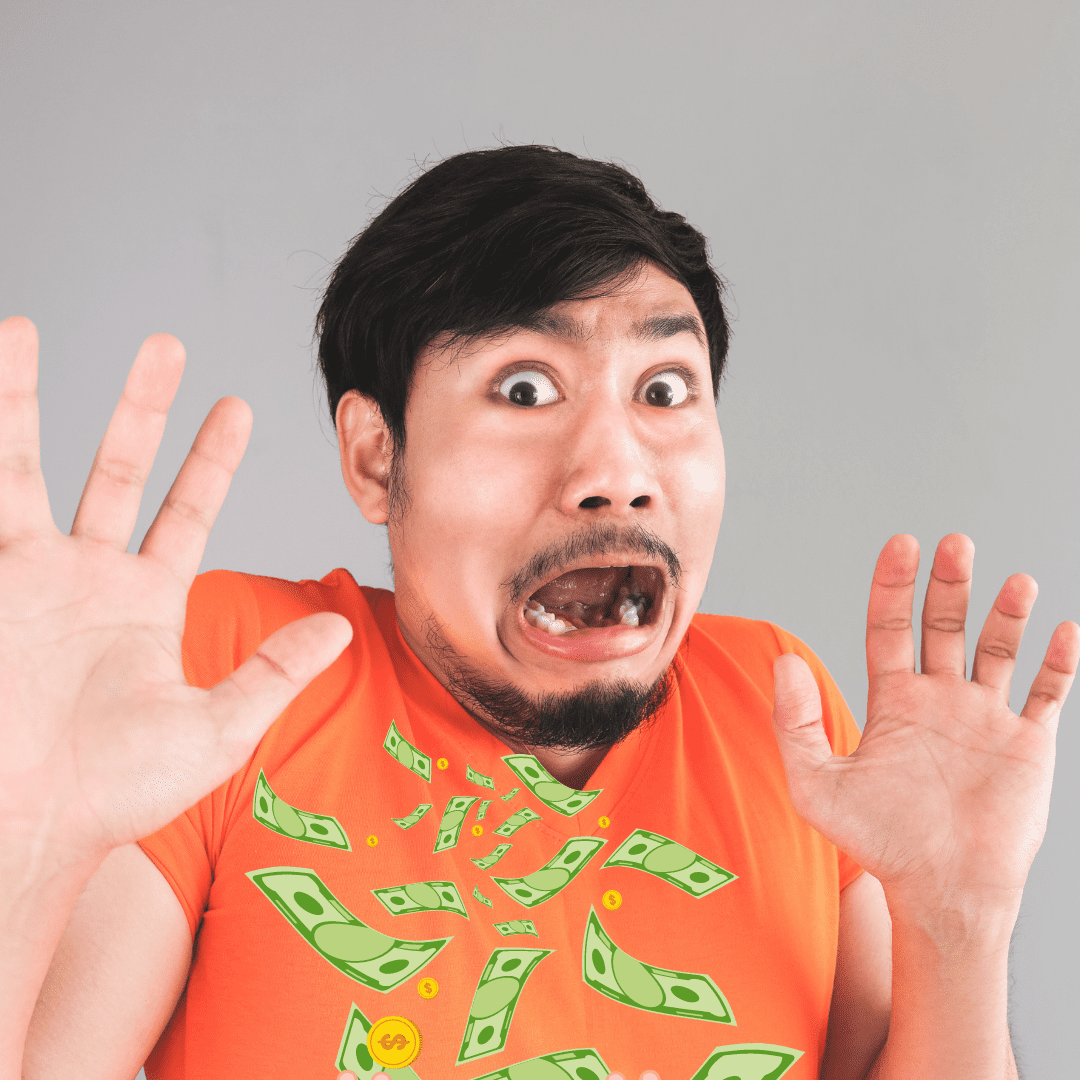 Think about this: our bodies are all little force fields. We’re made up of protons, neutrons, and electrons. It’s normal that we have a charge, and everything with a charge conducts electricity or energy. So, the beliefs in our brains dictate our little force fields, which then dictates what happens in our lives.

This is Where Folks Get Mad

Is this hard to accept? It can challenge some people because, for some people, it’s easier to believe that it’s luck- that these things just happen to them. But, believing that it is luck- and that luck happens to a person- will result in someone being a victim of their own life. 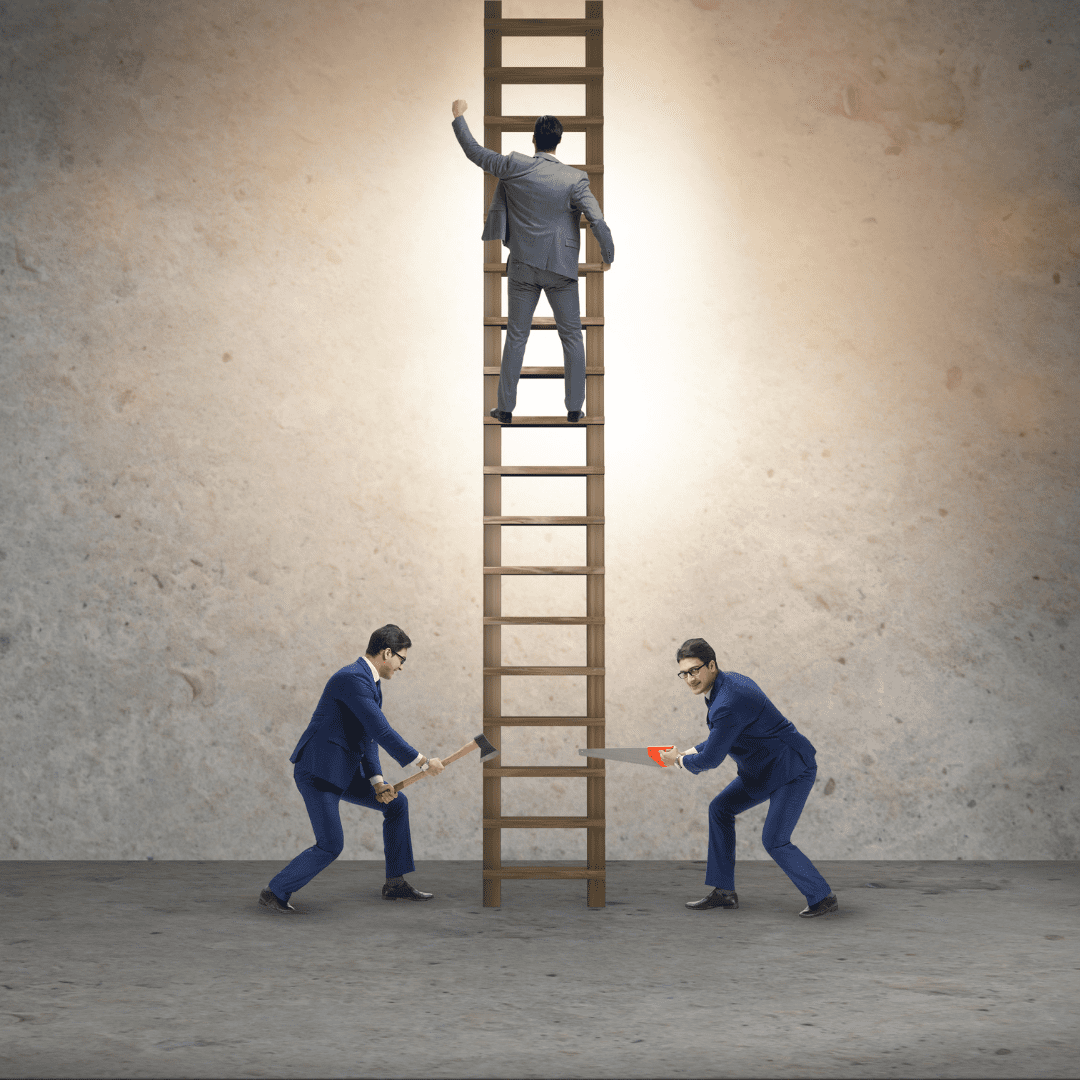 I get it, who wants to think their brain is keeping them from where they want to be? …Wealthy people do. Believing that you control your own luck means you take a more causative role in your life, and the results follow.

There isn’t a wealthy person out there who believes that life happens to them. Not a one.

Most People are Scared to Make More Money

This is what it really comes down to, as crazy as it sounds. Who’s scared of more money? Honestly, most people.

Reasons, why people are scared to make more money, is because of “The Thinks”: 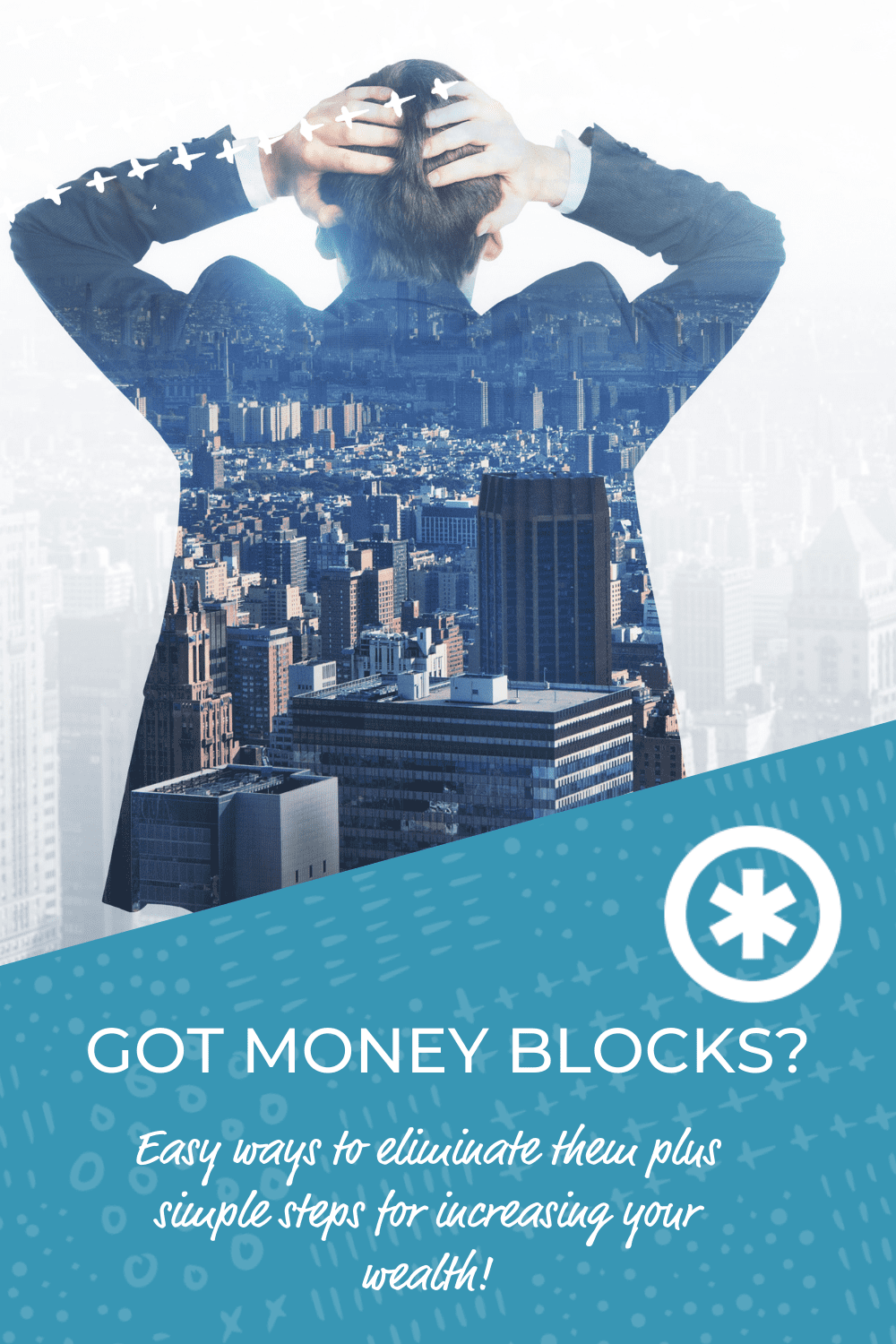 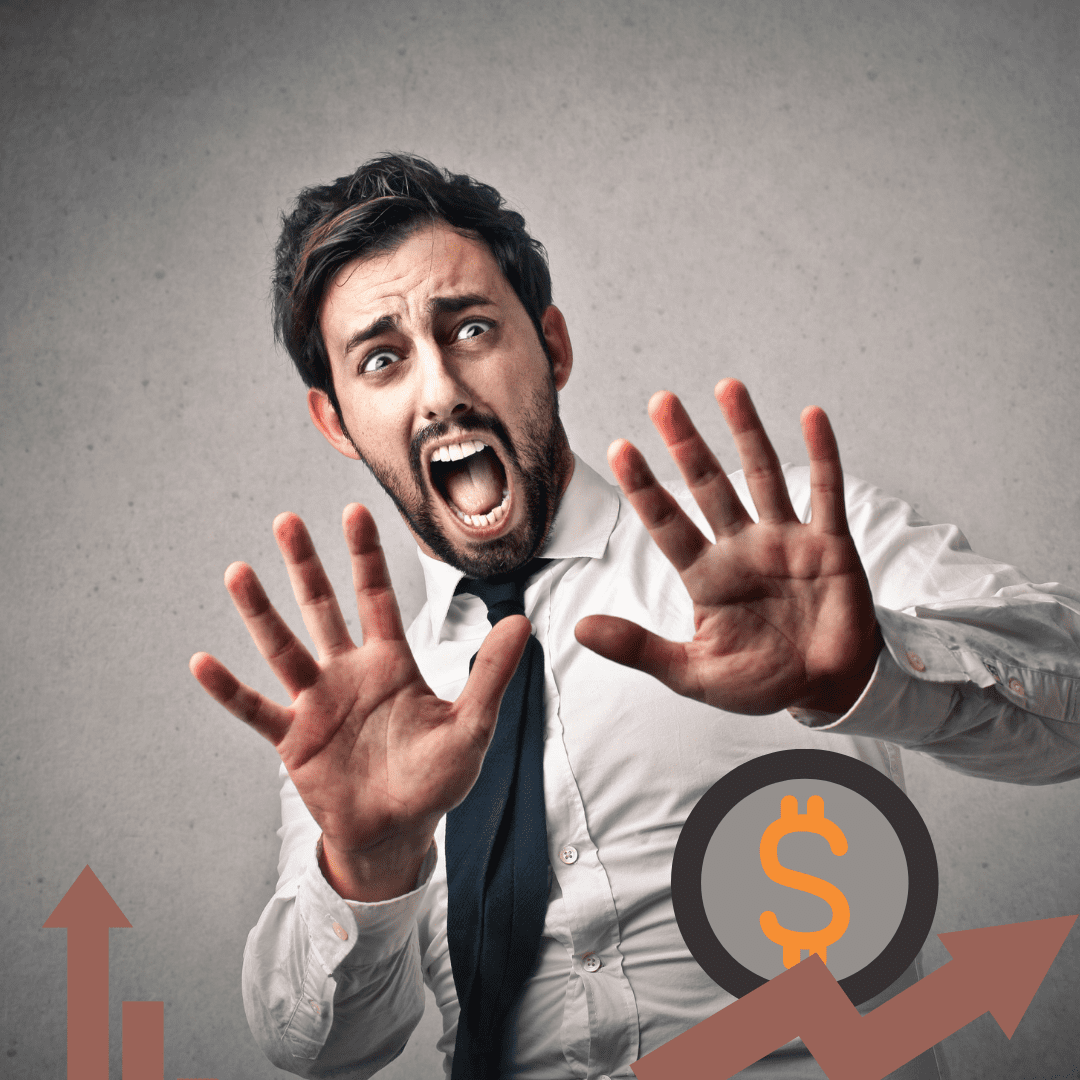 Some of these would be funny if they weren’t true. People would rather be in debt than receive money and lose it by paying off the debt.

They’d rather stay poor than risk discovering that being poor is the only thing that keeps them with their spouse. Talk about limiting beliefs.

These are all real, though, and these are the exact beliefs that make people scared to have more money. In turn, their fears keep them safe… from every having more money.

Where Do Money Blocks & Fears Come From?

Most money blocks, as these fears are called, come from childhood and the things we hear regarding money. Want to do a great exercise? Take a notepad and write down 25 or so memories you have regarding money prior to adulthood. Write down any and everything. 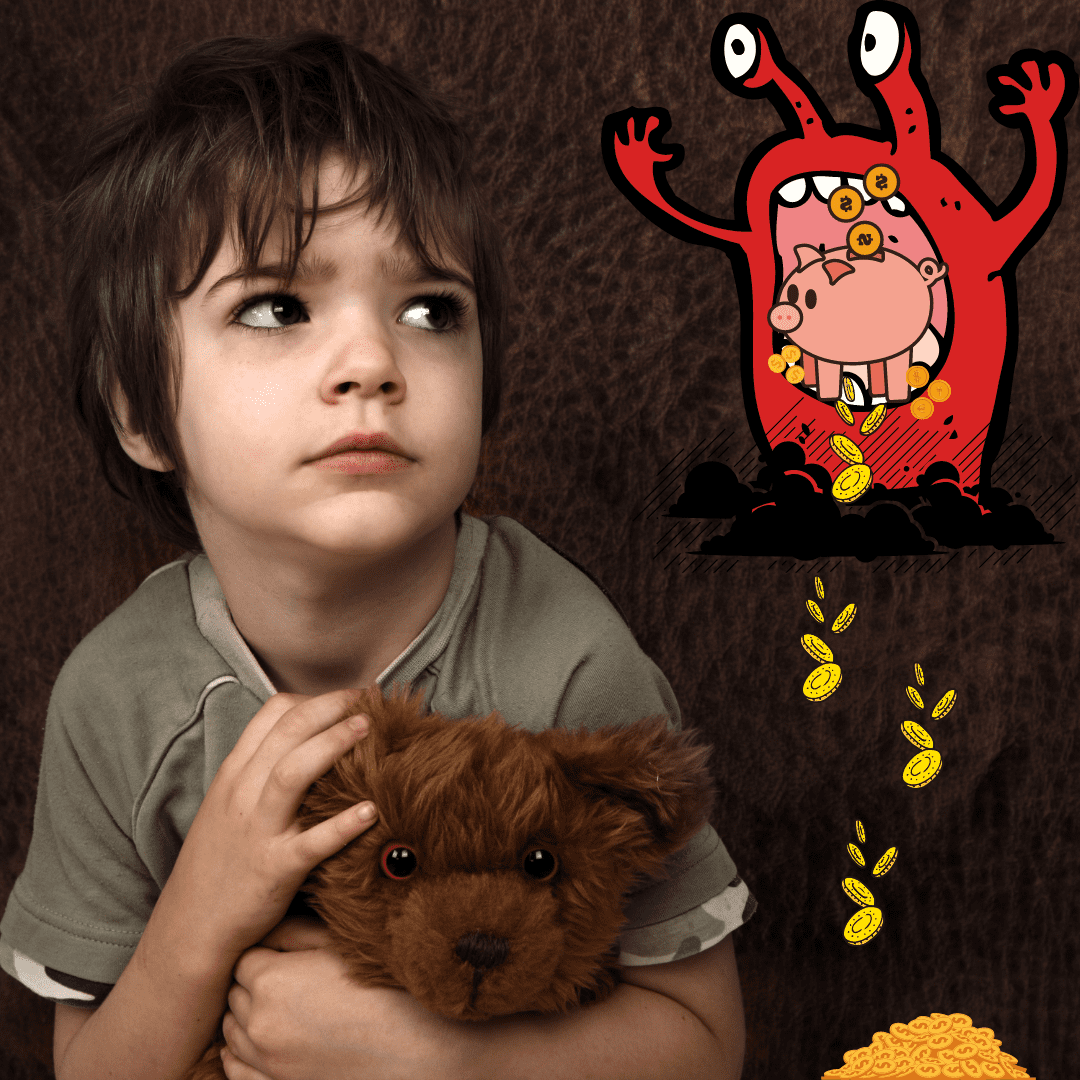 Oftentimes, looking at the list is enough to see a few patterns. Perhaps your parents talked about people with money as though they’d earned it suspiciously, and you internalized the idea that all good money had to come from working with your hands- that you have to physically earn your money.

Maybe you received a check and someone said snidely, “Must be nice,” and in order to not make people jealous in the future, your brain decided to help keep your safe. …And a little tight on cash. Can you spot any patterns or triggers in your own money stories?

How Do We Get Unscared?

Sometimes, just knowing that these fears are present is enough to shake some of them. Others will require revisiting.

Here’s what you need to know.

Let’s say it one more time so the people in the back can hear it: money beliefs have to be a foregone conclusion for them to take hold as fact and affect your income. 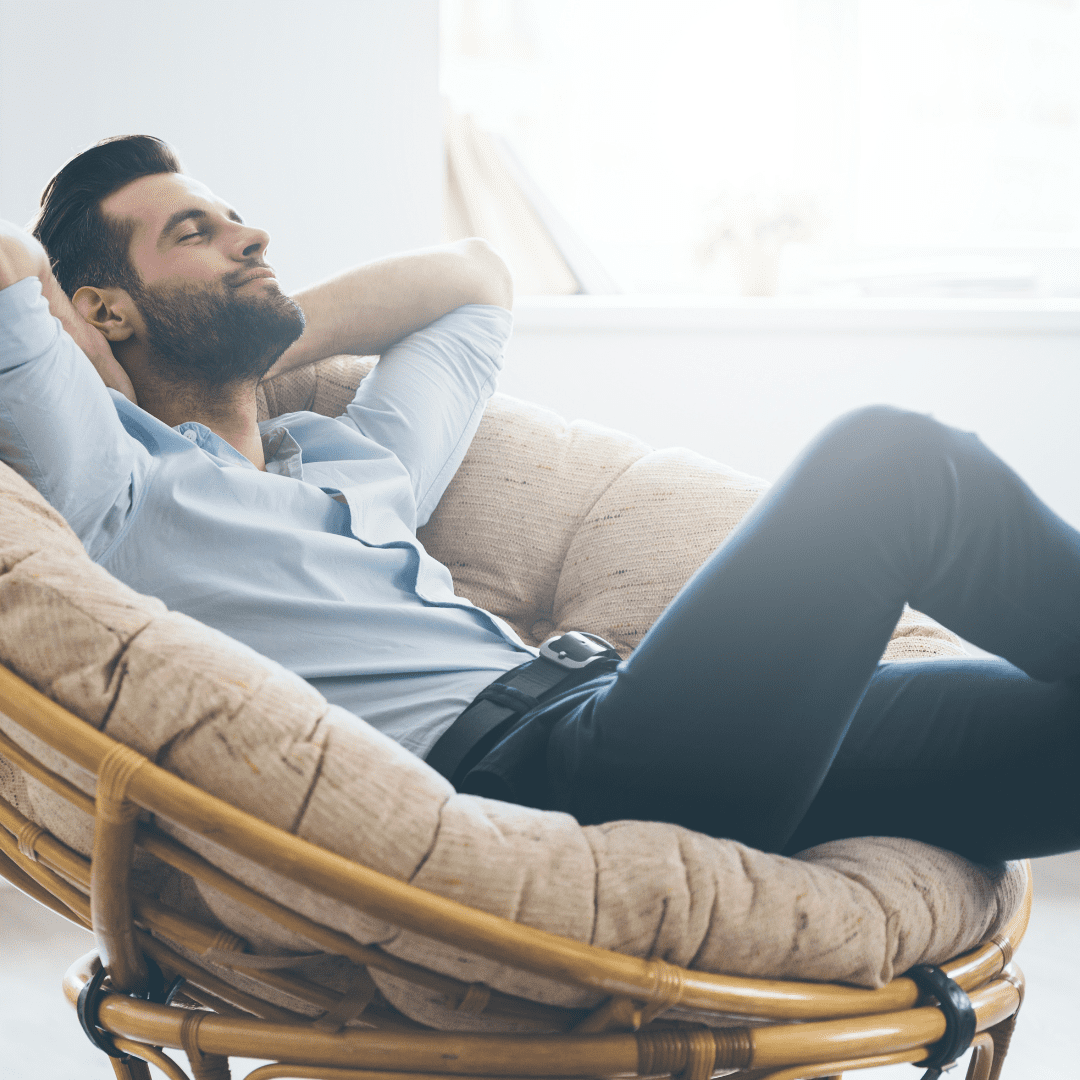 The best way to do it is to search out your own fears and blocks, see what caused them, and resolve them. The best way to resolve them is to acknowledge them and cut the cord. Some call it forgiveness, but that word can challenge some, so the easiest way to handle it is to perform this exercise.

For the memories that cause residual emotion, like anger, imagine yourself standing across from the person or group of people involved in the memory. It’s okay if it’s a former version of yourself. Now, picture a cord connecting you to the person or memory. The cord is the money block. Acknowledge the person or memory, acknowledge that you’re ready to be freed from it. Cut the cord. If in this process, you discover you’re too angry or upset or triggered to cut the cord, then you have more work to do.

When in doubt, grab a pen, a notepad, and a 30-minute timer. Free write every thought you have surrounding the stickier situations. You’ll get to resolution and be able to cut the cord. Sure, it’s work. Is your income worth it? That’s up to you.

What is the easiest way to make more money?

My best- without fail- works every time tip to increase income is to track your income on a calendar. When I lived alone, I used to have a dry erase calendar on my fridge. Each month, I’d write the month’s dates in, then, every single day, I’d track all income received. Everything counts: refunds, found money, gift cards, and so on.

At the end of each month, I’d take a photo of the board for reference, then I’d start again.

My husband wanted an easier option, so we went on Amazon and got a yearly calendar. With kids, we have far more people in and out of our house and didn’t want our income right there in the common area, so, instead, we hung it on the back of our bedroom door using a command hook. This way, we see it easily- our door is closed whenever the kids are asleep, so we can’t miss it, but no one else would have a reason to know it’s there. 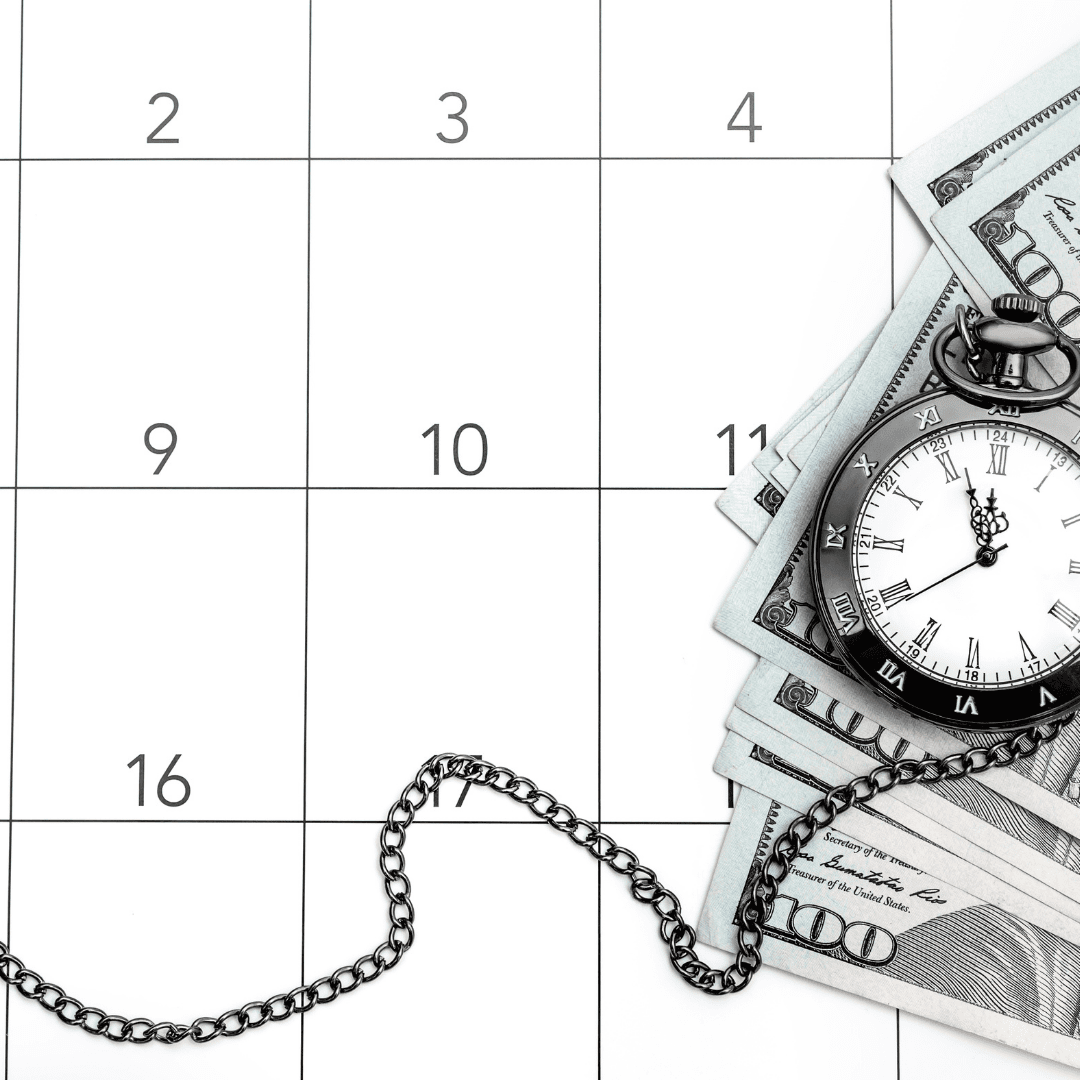 In addition to cash sources of income, you can also count the value of gifts received, but I don’t do that, because I like to focus solely on cash income. If you want free stuff and to improve your gratitude overall and not just in regards to cash, then also track gifts. You’ll be surprised at what you begin to receive.

This tracking income strategy works so well because of the rule that what you focus on grows. It’s powerful, and I guarantee you that you’ll be surprised at how much more income you generate the months you track versus the ones you don’t.

Finding and Removing Your Money Blocks, Track Your Income, and Increase Your Wealth

The three things you need to remember to increase your wealth?

We got a little “out there” on this article, but our goal is to tell you the things that no one else will when it comes to building your own income online. Want to discuss it with others doing the same thing? Hop into our private strategy group here: https://www.facebook.com/groups/masterfulmarketing/