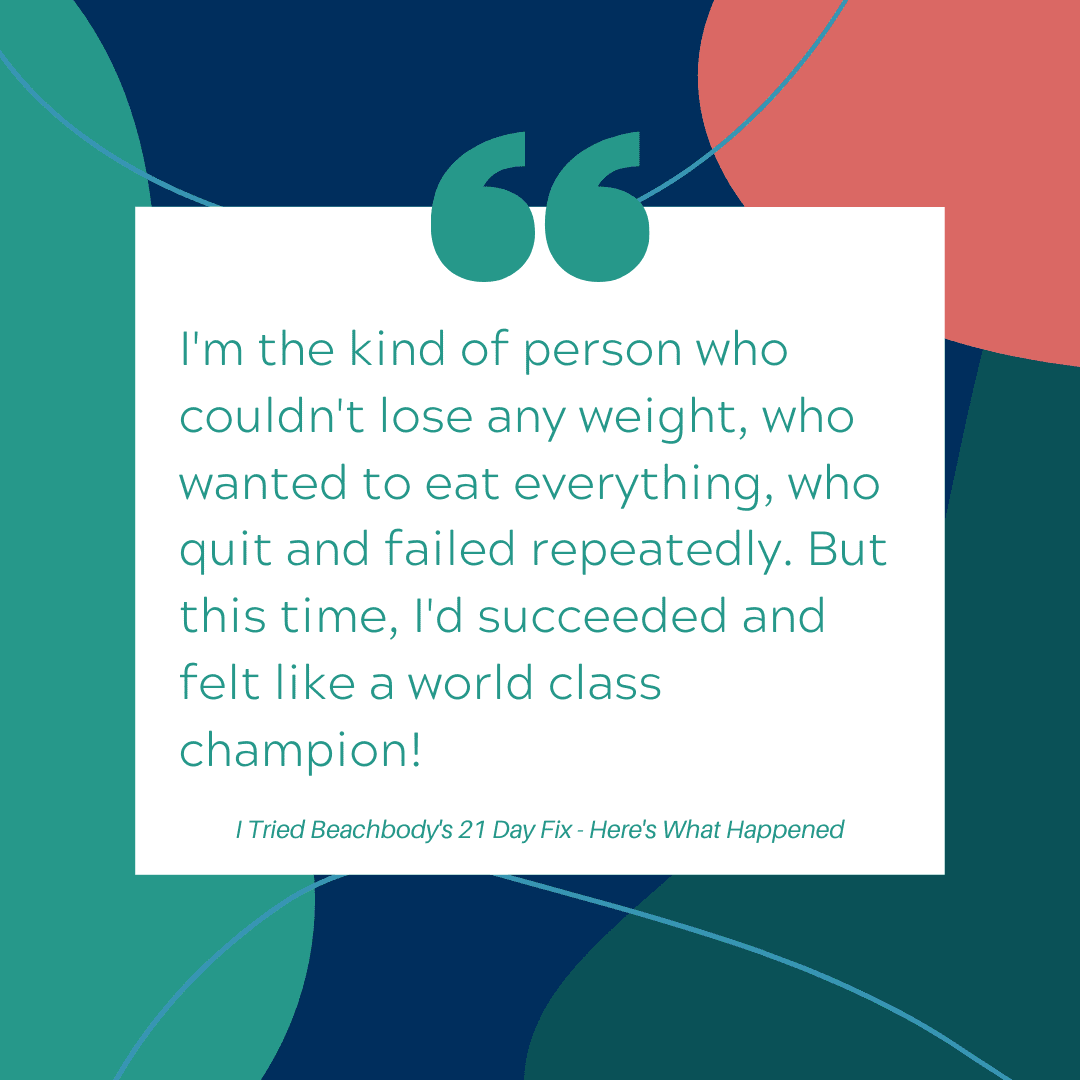 “Believe in yourself and know that you can do anything in this world that you want to do if you want to do it badly enough and you are willing to travel the road. Whatever you vividly imagine, ardently desire, sincerely believe and enthusiastically act upon must inevitably come to pass.”

Why I picked out the 21 Day Fix for my first program? Well, if you told me three years ago, that this is where I’d be now… I’d have just laughed! If you knew my story, though, you may have just said, “Duh!” 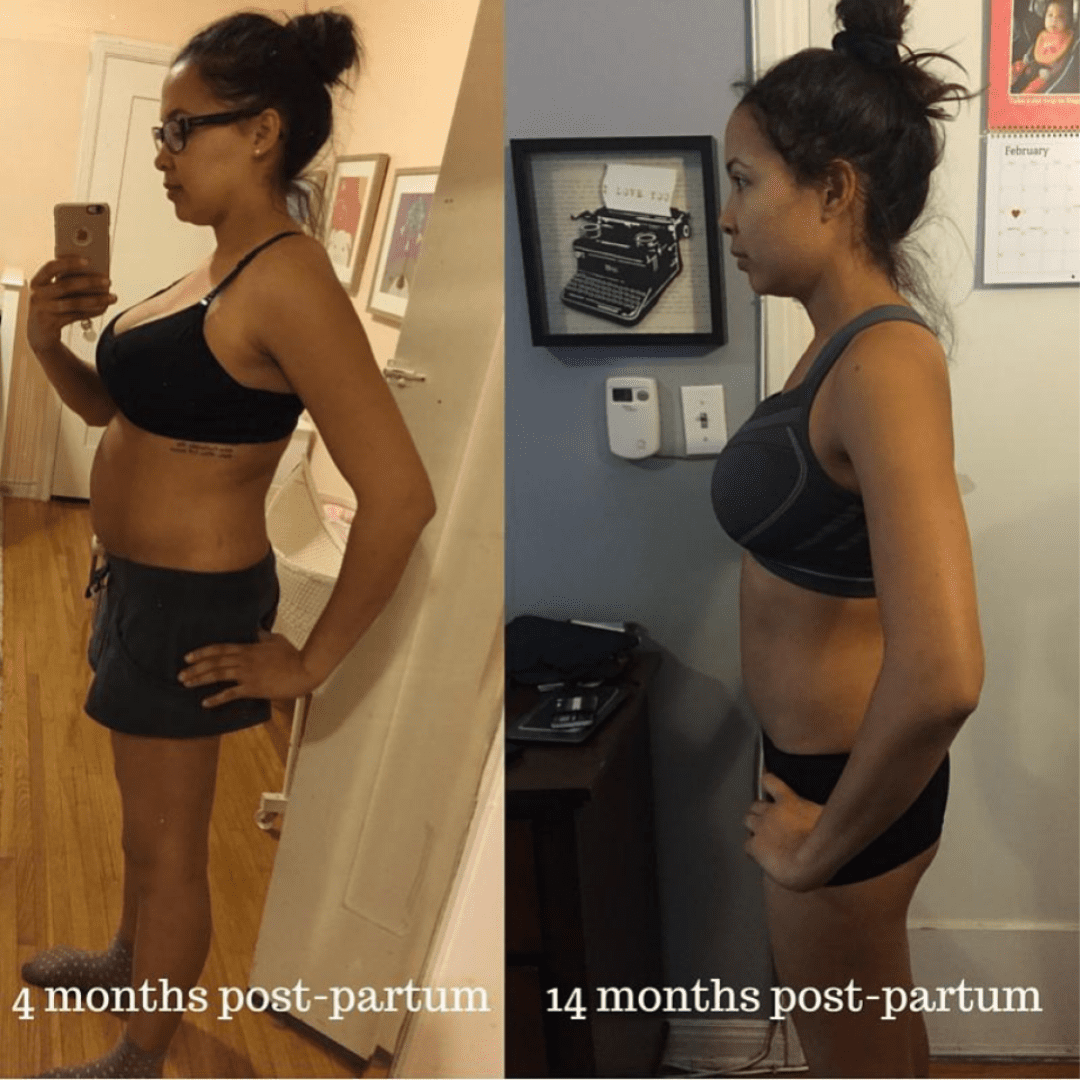 I’m a third-generation military brat (if you’re part of a military family, too, thank your serviceman or woman for me!), so we moved around a lot. I used to like to play with the boxes, set them up as my own business, and force my family to visit me. That’s probably our first clue!

As a little kid, I remember seeing Macaulay Culkin on the cover of Star Magazine due to the amount of money he was earning for Home Alone 2. I asked my mom, “You get paid for that?!” When she said yes, I decided that would be my future career. It looked like a fun, well-paying job, so why not, right? …I think that’s our second clue.

After working as an actor and appearing in theater, tv, and films like Jerry Maguire, it was time for college.

After college, I returned to Los Angeles in pursuit of acting, just like thousands and thousands of other 20-something-year-olds… Ouch! While barely (and sometimes NOT) eeking by, working two jobs as a waitress, I met my now-husband, Jonathan.

Our courtship story is totally something out of a chick flick (missed connections and all!), and now we’re awesomely married with two doggies and a little girl, Lauren.

That brings us ALMOST to today, when one day, Shakeology began appearing at my house.

No, seriously! When Lauren was about eight months old, my husband signed us up as coaches, THEN called me to fill me in. I just shrugged. Why not, right? What’s life without a little adventure? So, the shakes began arriving.

I’d tried a TON of different shakes in my quest to lose the baby weight, so I wasn’t AGAINST trying shakes, but I wasn’t super excited, either.

Once a second box arrived, I got concerned about having a stockpile in our kitchen, so I examined the ingredients! Nursing friendly? Good to go! …I guess you could say I tried out Shakeology solely so I could get rid of it!

Within a couple of weeks of adding a shake a day (AND NOT WORKING OUT), my sugar cravings decreased, my digestion improved, and I was less likely to eat everything not stapled down after getting Lauren in bed. Not too long after, I was able to fit back into my pre-pregnancy jeans. I was FLOORED.

This small change was SUPER encouraging for me, but it wasn’t enough.

I was at that place where I either needed to buy bigger clothes or lose weight. I felt so UNCOMFORTABLE whenever I needed to look nice. I was fine at home in my yoga pants, but I didn’t want to live in my yoga pants. I refused to wear my maternity clothes, so I just felt STUCK.

I signed up for various workout plans. I tried to create my own. I tried to eat carefully… Moderation, self- restraint, and so on… And then I would get Lauren down for the night, and once again, I’d want to eat ALL THE SWEETS. Then I’d beat myself up, and so the cycle would continue.

When I found out Beachbody is the company behind P90x and Insanity, I was intrigued. Honestly, though, I’d quit so many things I didn’t think there was a single shot I’d make it through either of those programs. So, I logged onto the website and looked at the programs.

When anyone asks why I picked out the 21 Day Fix for my first program, the answer is really embarrassingly simple. It looked like the easiest! It was only for 21 days! That’s WAY better than 90 days, right? 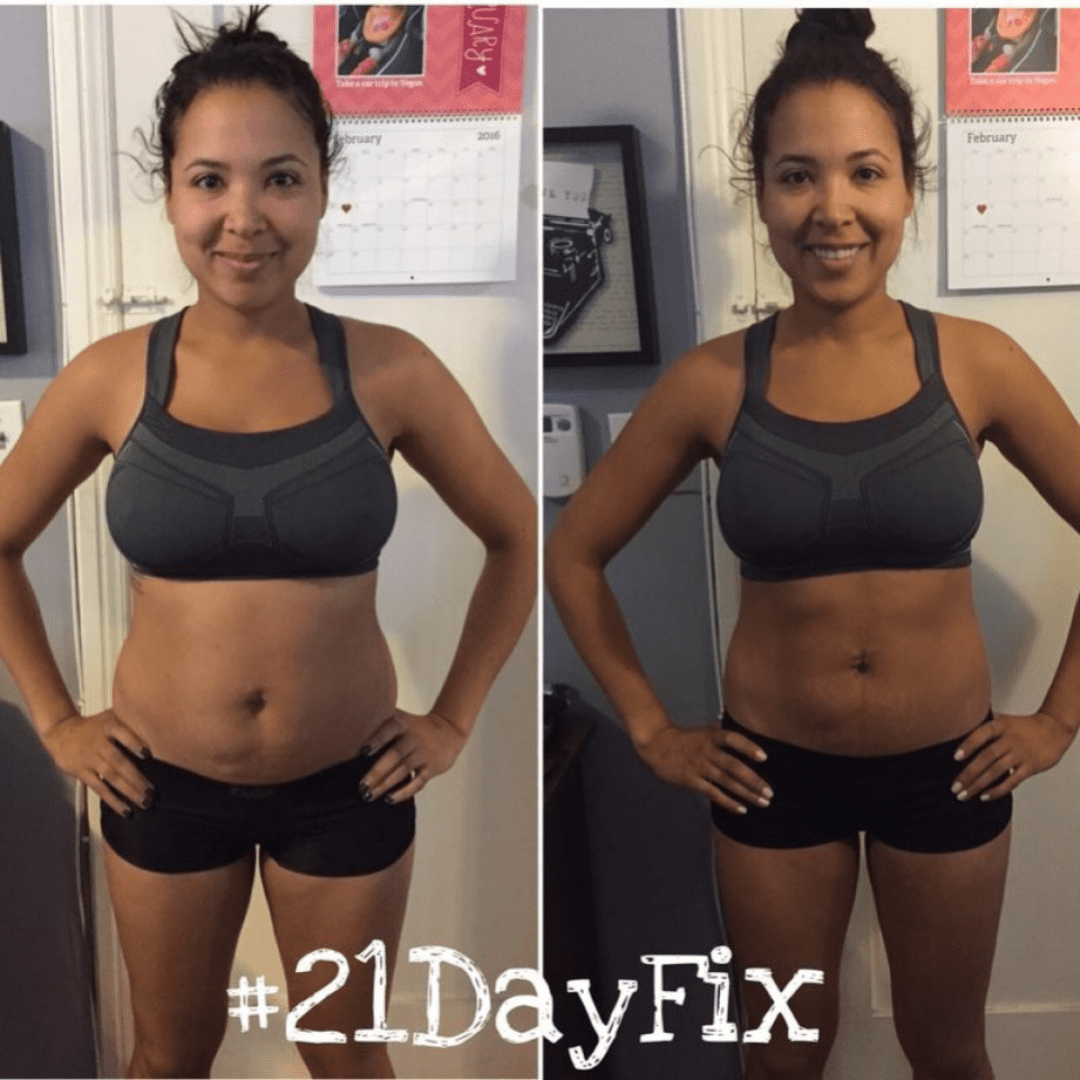 Even then, I still doubted myself too much to dive in whole-heartedly. I made a super complicated version of the 21 Day Fix food plan (I help all my challengers to AVOID this mistake!), got overwhelmed, spent hours doing food prep, and made it a week. And I didn’t do a single workout. So, round one was an effective BOMB.

I started again. I made it a few days on the nutrition plan, no workouts again, and quit. DISAPPOINTING!

I just couldn’t get it together and I was SO tired of quitting. So I made a decision. I was going to do it. I was going to go ALL IN. I announced my intention on Facebook. I posted a workout selfies. I kept at it. And I completed it. I DID IT!

Because I’d quite enough time prior, I didn’t take my measurements. I did weigh myself, though, so I was SO PROUD to find I’d lost eight pounds in 21 days! Me! The person who couldn’t lose any weight, who wanted to eat everything, quit and failed repeatedly. I’d succeeded, lost weight, and felt like a world-class champion!

Getting in better shape than I’d been in two years (and in 21 days?!?!?!) was SO MOTIVATING, I couldn’t help but share it with other women. That brings us to today! If you can relate in any way, the 21 Day Fix challenge is probably for you. Talk to you soon! 🙂

Posted in Lifestyle
Scroll To Top