Slide Rock in Sedona With Kids

We went to Sedona on a total whim. Driving south from Horseshoe Bend and Lower Antelope Canyon, we stayed in Flagstaff on the way home. When we saw the signs for Sedona, we had to detour to experience a Slide Rock in Sedona With Kids. 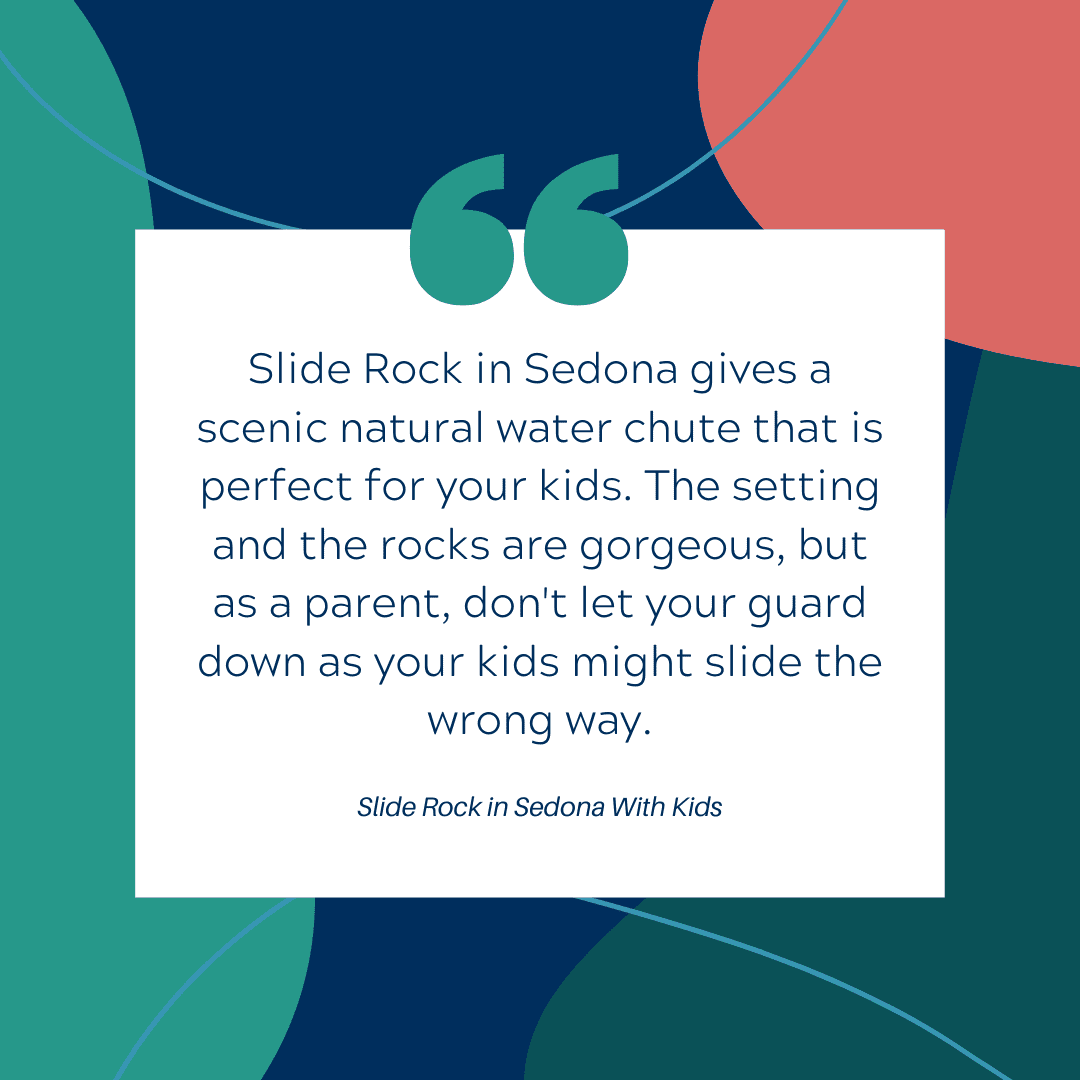 Since we didn’t plan in advance, we didn’t know where to go or what to do, so, I went on Instagram and looked for pretty places. We stopped at a gas station, pointed out the photo (we later learned the name of the place: Cathedral Rock) to the man who worked there, and asked for directions. 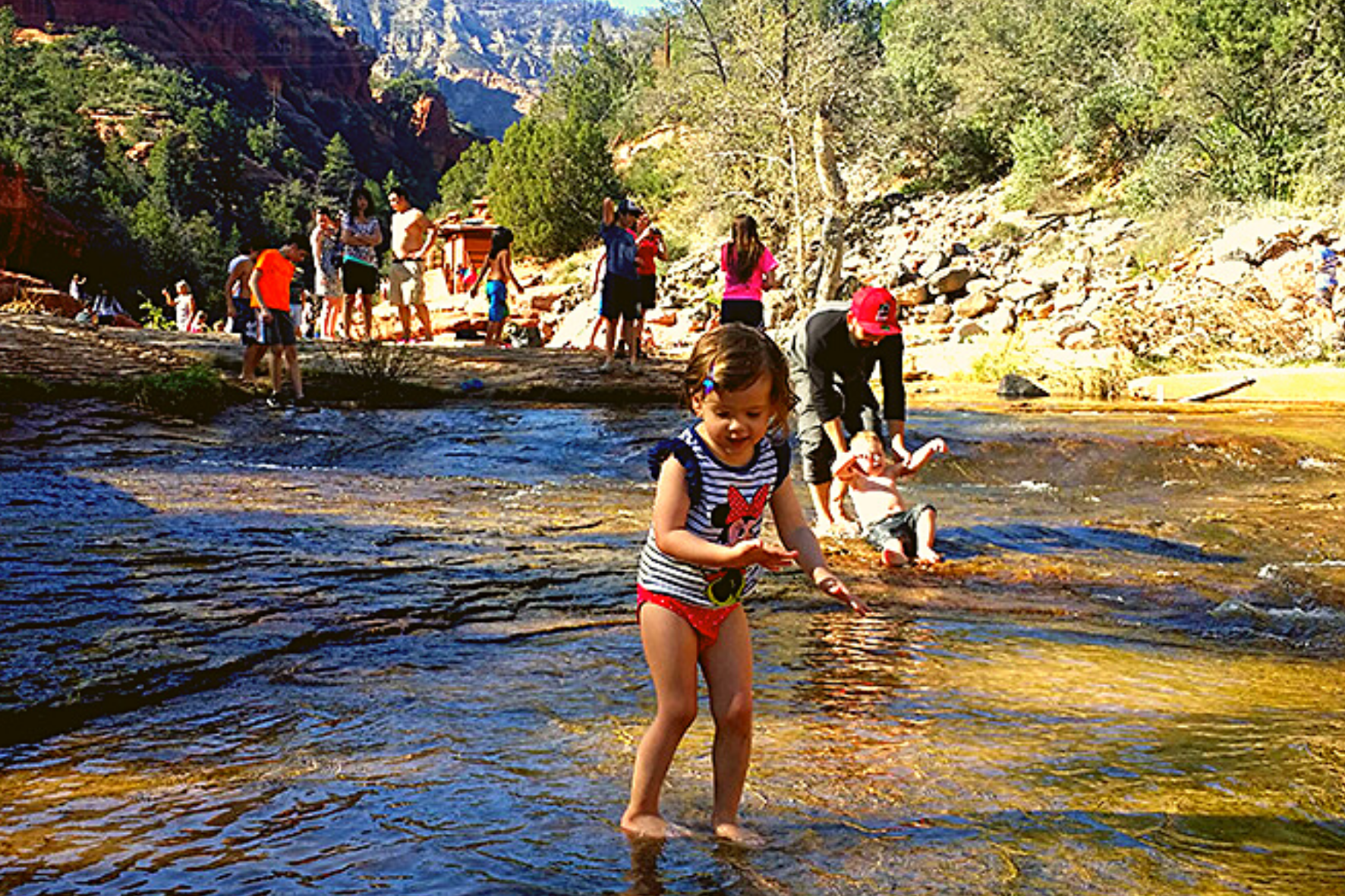 He obliged and we spend a few hours at an amazing place called Red Rock Crossing. Maybe you’ve seen photos of the Sedona Slide Rock? This is a smaller, less populated, free of cost version.

Our directions were to drive to the end of Verde Valley Road and park at the last (only) parking lot. We put our kids in their Tulas (baby carriers) and were on our way. We crossed the street toward the trail and then guessed our way down to the water. As we got closer, we could hear the sounds of water and kids playing and followed that sound.

We arrived at a wide red creek bed, but one, unlike anything we’d seen before. There was clear water running over it, and a naturally formed rock slide at the bottom where kids were playing. We stripped Lauren down to her diaper and she had a ball, playing in the sand and water.

We put her back in the baby carrier and hiked across the water, based on the recommendation of another family we met there. There were downed logs to walk across, and Lauren found a walking stick and told us she didn’t want to leave, so clearly, we had a great time. 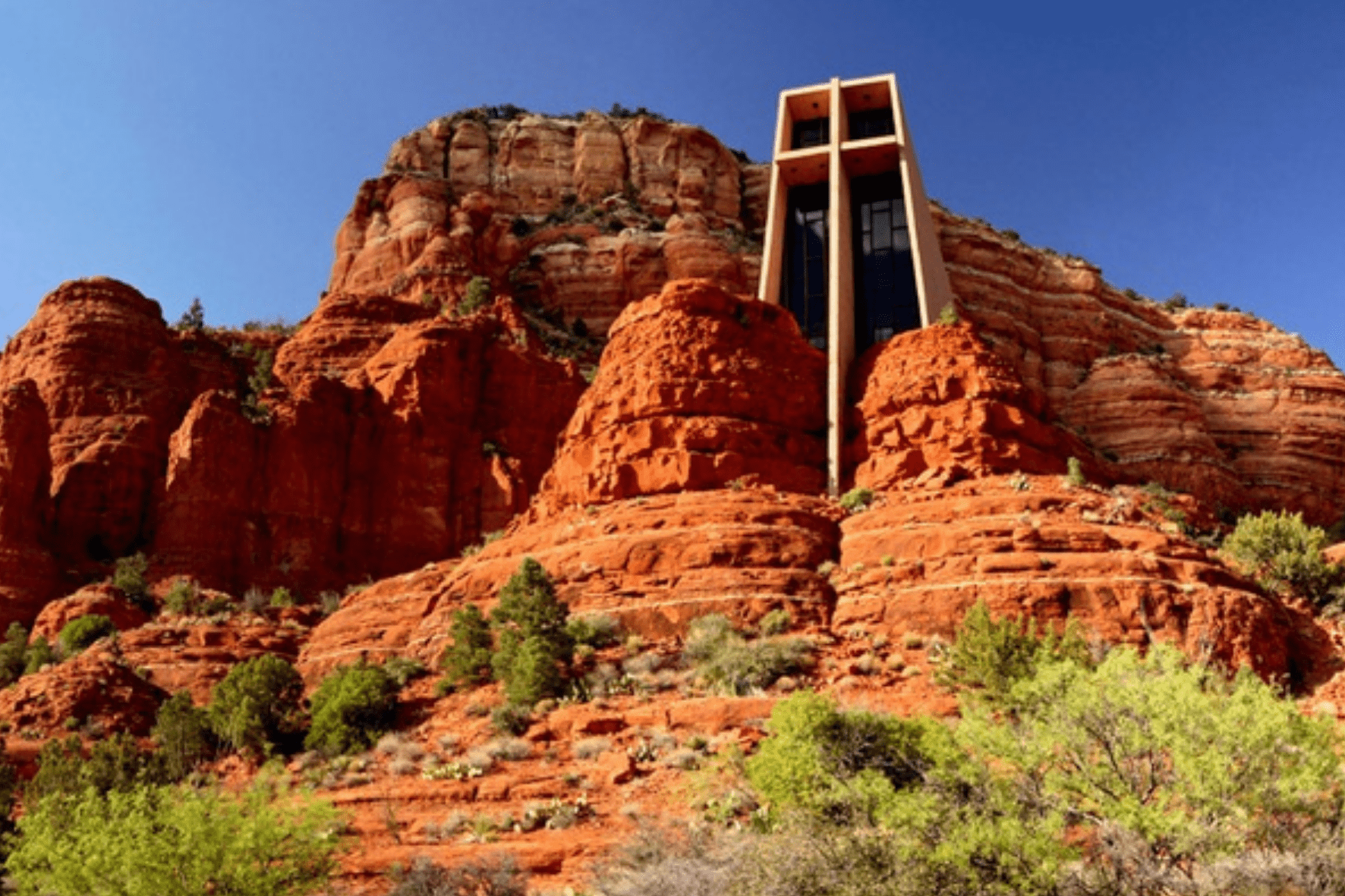 There were an actual Cathedral Rock hike and signs toward it, but reviews said it was just okay, and we’d already hiked enough and loved what we’d found enough to make the stop worth it in our book.

Rylan loved the views from his comfy pace in the baby carrier, and we decided that we’ll have to go back!

If there’s one thing I’ve learned, it’s that our adventure trips are always worth the surprise, no matter how unprepared we are going into it. For example, Jonathan was wearing white shorts which were wrecked by the red sand, but it was worth it.

As we explored, we learned from an older couple with a fancy camera that it would have been easier to look for and park at a place called Chavez Crossing. It’s part of the Cococino National Forest, so there may be a parking fee associated with it, as it’s also a campground.

When we return, we plan to go the same way. The hike was fun and worth it and added to the adventure.

Where to Eat in Sedona

When we left, we were all thoroughly hungry. We headed back into Sedona and ate at the Sedona Golf Resort Grille, where we had a gorgeous view and tasty food. After Lauren ran around for a bit on the nearby empty putting green, then we hopped in the car for our drive home.

You can also check my recommendations if you ever consider taking your family to LA.